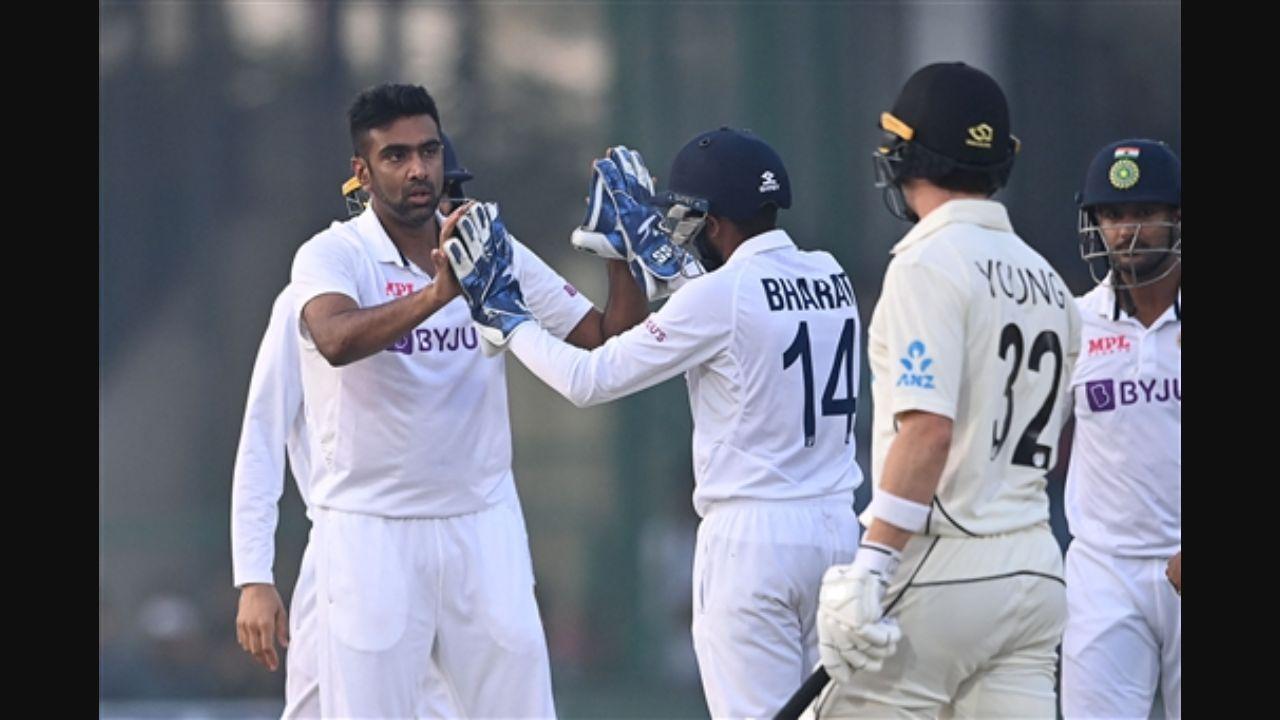 Set a victory target of 284, New Zealand were four for one at stumps on the fourth and penultimate day of the opening Test against India.

At the close of play, Tom Latham was batting on 2, while night-watchman William Somerville was yet to open his account after Ravichandran Ashwin dismissed Will Young for 2. Hosts India declared their second innings at 234 for seven, having extended their overall lead to 283 runs at the Green Park.

Earlier in the day, debutant Shreyas Iyer (65) hit a patient half-century to rescue India from a precarious position. He had scored a hundred in the first innings. Resuming at an overnight score of 14 for one, India lost four wickets for the addition of 70 runs in the morning session before Iyer, in the company of

Ravichandran Ashwin and Wriddhiman Saha strengthened the home team`s position. Iyer got out at the stroke of tea, but Saha carried on until the declaration came about. For New Zealand, Tim Southee (3/75) and Kyle Jamieson (3/40) were the most successful bowlers.

Also Read: Axar Patel: I just look to enjoy my cricket rather than think how I am not lead spinner