Skip to content
Home » Salman Khan on Aayush Sharma`s transformation for Antim: I was shocked

Salman Khan on Aayush Sharma`s transformation for Antim: I was shocked 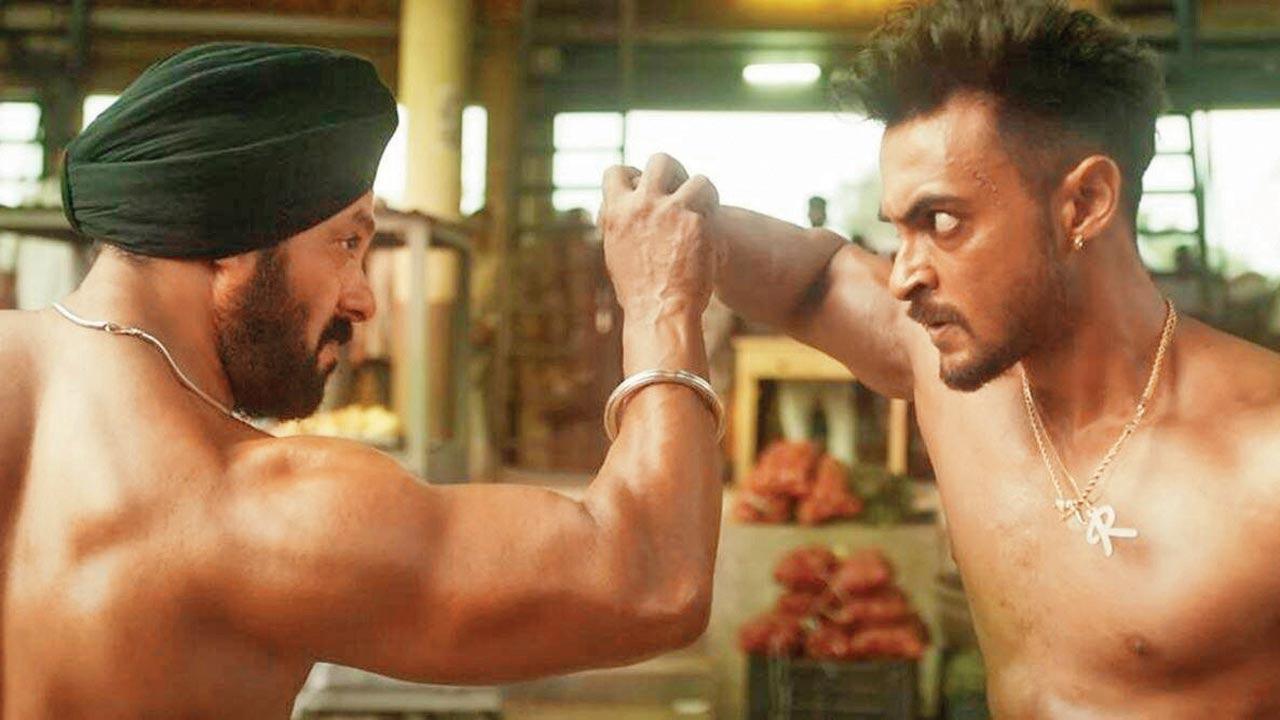 As we inch closer to the release of `Antim: The Final Truth`, the anticipation and excitement for the film is increasing and one of the major factors for the same is Aayush Sharma`s phenomenal transformation.

In the latest BTS video of the film, the cast and crew encapsulate the journey of Rahuliya as Aayush Sharma delved into the character. The video was shared by Salman Khan himself:

From his ripped, toned body to acing the nuances of his character, Aayush Sharma imbibed the traits of Rahuliya, a dreaded yet relatable gangster.

Showering praises on his co-star is Salman Khan, who essays the police officer locking horns with Aayush`s Rahuliya. He said, “I was shocked, there`s been a huge transformation from LoveYatri to Antim. He`s worked so hard in the film, that he`s work will be appreciated.”

Director Mahesh Manjrekar said, “Aayush worked really hard with the physical transformation, we needed a very tough looking guy. I realised this boy has a lot of passion and he`s extremely focused, he knows what he wants to do, I think he has done a brilliant job. Nobody I see in the industry today would have played Rahuliya so brilliantly and so convincingly.”

Mahima Makwana, who plays Aayush`s love interest in the film, also shed light on his emotional portrayal pointing out his brilliance with his emotional scenes as well as dramatic scenes, in addition to his physical transformation.

Aayush Sharma also spoke about his character and expressed gratitude to the team saying, “First of all was the physical transformation, I needed to look like somebody who can be a strong character on the screen. I wanted to keep him very believable, a gangster in real life, might just be looking like a common man, it is just that he has the power to pull the trigger. Antim is a film that has taught me a lot, it helped me grow as an actor, it helped me grow as a human being, thanks to Mahesh sir, Salman Bhai, it`s a very special feeling. When the film started I never thought I`ll be able to execute Rahuliya, when the film ended I don`t know how to not be Rahuliya.”

`Antim: The Final Truth` will be released in theatres worldwide by Zee Studios on November 26.

Also Read: Mahesh Manjrekar on `Antim`: Was Salman’s idea to give the character a turban