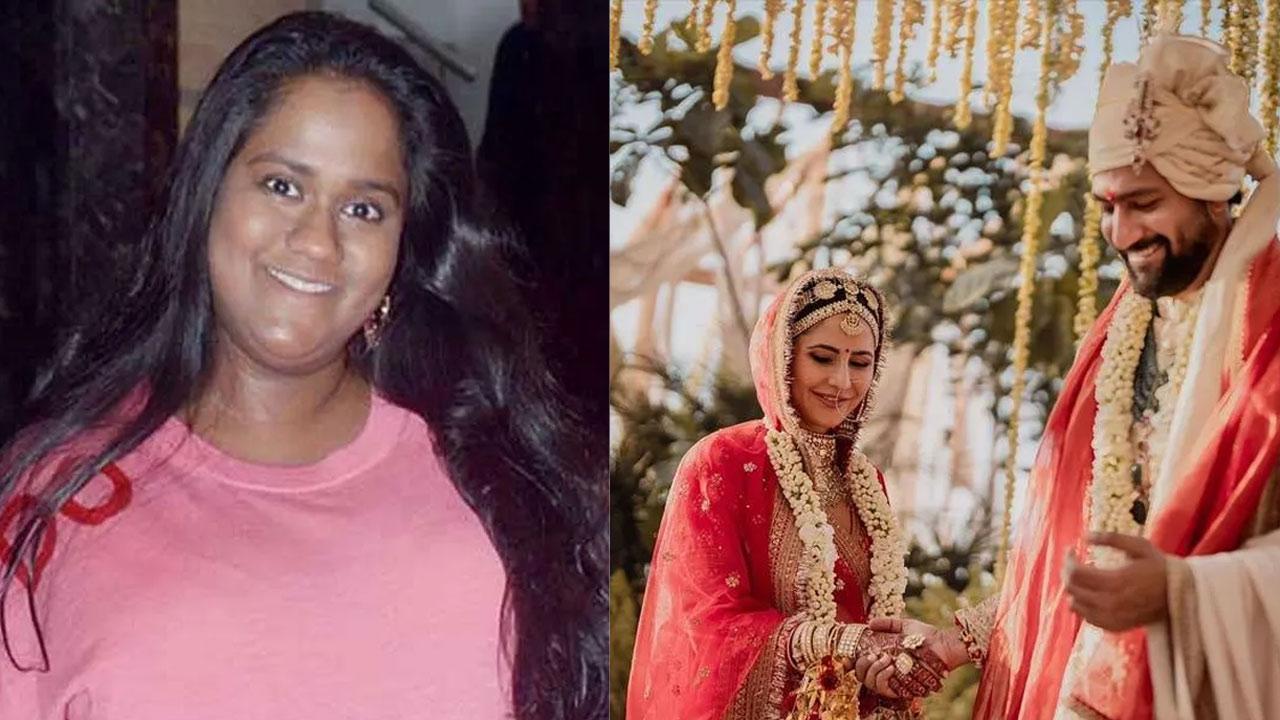 It may have been an intimate wedding but celebrities on social media were making sure they flooded the newly-wedded couple Katrina Kaif and Vicky Kaushal’s Instagram accounts with messages and wishes. Nearly everyone wished them and one of the wishes included Salman Khan’s sister Arpita Khan.

She took to her Instagram story, shared a wedding picture of the couple and wished them a lifetime of happiness. Salman Khan was not able to attend the wedding. He’s currently busy with his Da-Bangg tour and was recently spotted traveling to Riyadh for the same.

Salman Khan and Katrina Kaif have starred together in films like Maine Pyaar Kyun Kiya, Hello, Yuvvraaj, Ek Tha Tiger, Tiger Zinda Hai, Bharat, and are now coming together for Tiger 3. This is a tour that he has been holding for years now for his overseas fans. The tour sees actors like Sonakshi Sinha, Daisy Shah, Maniesh Paul, and Jacqueline Fernandez.

Talking about the people who were at the venue for the big fat wedding of the year, the guests attending the celebrity wedding of Bollywood stars Vicky Kaushal and Katrina Kaif at the Six Senses Fort Barwara hotel in Sawai Madhopur district savoured Rajasthani and Gujarati delicacies prepared by a local sweet shop.

Ten varieties of sweets wighing around 80 kg were sent to the wedding venue, including `Moong Daal Barfi`, `Gujarati Bakhlaya`, `Kaju Pan` and `Choco Byte`, among others.