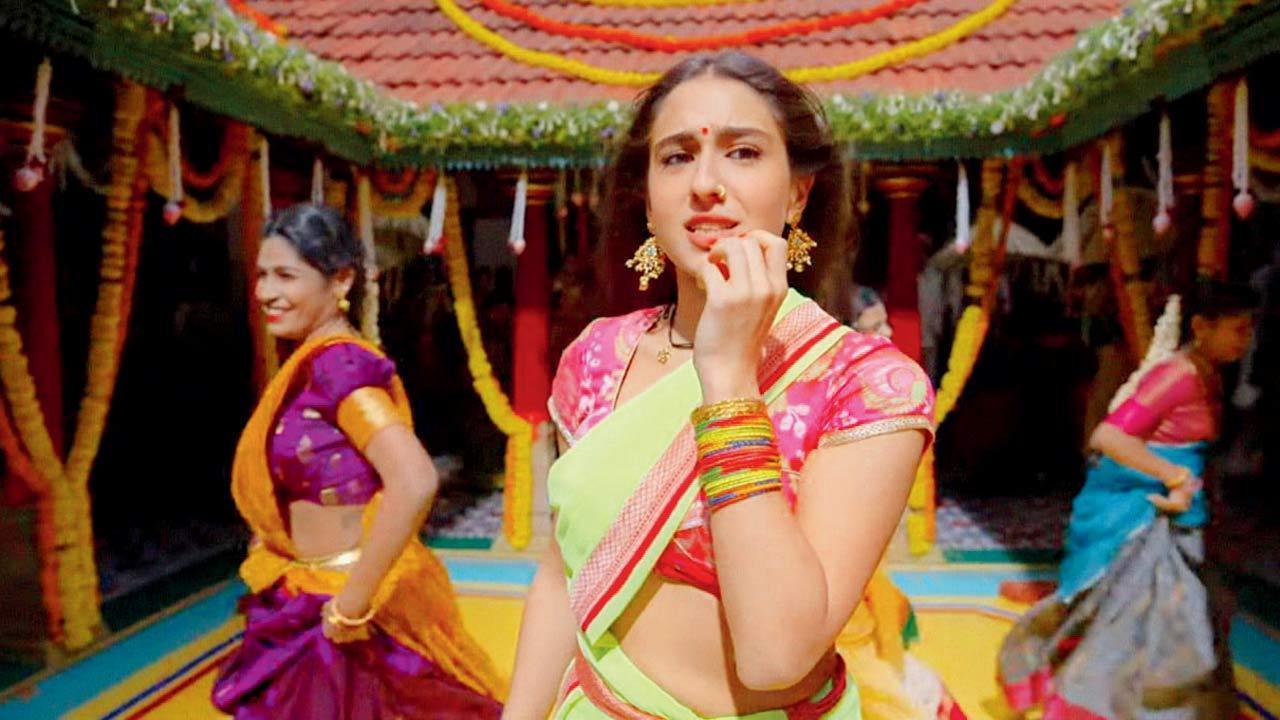 Sara Ali Khan has been the major focus of the internet these past few days as the actress is all set for the release of her upcoming next, Atrangi Re and her song, Chaka Chak is all over.

Taking to her social media, Sara shared a picture of her film`s poster at the Times Square. Excited by the same, Sara wrote on the photo, “Had my dream in this city and now seeing it actualuse here…”

She added the location of “Times Square New York, USA” with Jay-Z`s `Empire State of Mind` playing in the background on her Instagram story.

Sara Ali Khan is elated since the trailer release of ‘Atrangi Re’ released. For her, working with the film’s director Aanand L. Rai has been a memorable experience as his direction allowed her to explore the nuances of the character as the actress had earlier shared.

The film also stars Akshay Kumar and Dhanush in the lead. It will release on an OTT platform on the 24th December. The film is also in the news for its music by AR Rahman. The `Chaka Chak` song is slowly climbing the charts and doing well among the listeners.

Talking about the song, Sara says, “`Chaka Chak`, much like the name suggests, is a fully vibrant and colourful song. It`s a celebration of south India, full of drama, masti and fun. Vijay sir`s choreography, Rahman sir`s music, Irshad sir`s lyrics, Shreya maam`s voice and Aanand ji`s vision all combined is a real treat to the senses. It`s also my first solo dance number so I`m extremely excited for people to watch it. Here`s hoping they have as much fun watching it as I did shooting it.”

`Atrangi Re` marks the second collaboration between Aanand L. Rai and Dhanush after their highly successful `Raanjhanaa`. The film produced by T-Series, Cape Of Good Films and Colour Yellow Productions, and written by Himanshu Sharma, is all set to stream on Disney+ Hotstar from December 24.