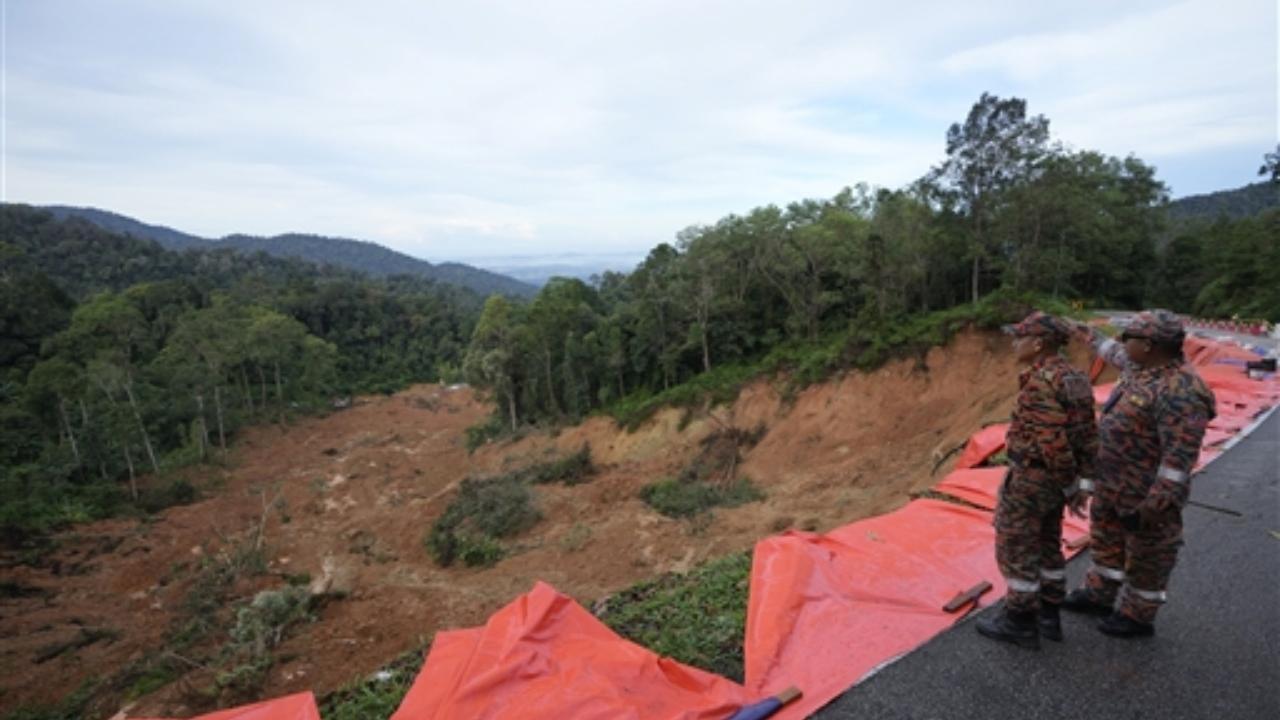 Rescue workers using tracker dogs and excavators scoured through rubble and mud on Saturday in search of a dozen people believed buried in a landslide in Malaysia that killed 21 others, including five children.

Authorities said 94 people were sleeping at an unlicensed campground on an organic farm early Friday when the dirt tumbled from a road about 30 meters (100 feet) above the site and covered about 1 hectare (3 acres). Most were families enjoying a short vacation during the year-end school break.

A total of 21 bodies have been recovered including five children and 12 women. A mother and her toddler daughter were found hugging each other in a heart-rending scene, rescuers said.

Seven people were hospitalized and dozens more, including three Singaporeans, were rescued unharmed. The search at the farm in central Selangor state was halted for a few hours overnight due to rain, and resumed early Saturday for another 12 people still missing.

Wearing helmets and carrying shovels and other equipment, rescuers worked in teams to comb through debris as deep as eight meters (26 feet). Excavators were deployed and some worked with rescue dogs to sniff out possible signs of life and cadavers. Officials said an estimated 450,000 cubic meters (nearly 16 million cubic feet) of debris ” enough to fill 180 Olympic-sized swimming pools ” hit the campsite.

Authorities have said the landowners did not have a license to run a campground. Officials are unable to pinpoint the exact cause of the landslide, which came without warning, but believed it could be due to underground water movement while the year-end monsoon rains made the soil unstable.

Survivors recounting their ordeal told local media they heard a thunderous noise and felt the earth move before soil collapsed on their tents. The government has ordered all campsites nationwide that are near rivers, waterfalls and hillsides to be shut for a week to assess their safety.

The campsite in Batang Kali, about 50 kilometers (30 miles) north of Kuala Lumpur, is a popular recreational site for locals to pitch or rent tents from the farm. But authorities said it has been running illegally for the past two years. It has permission to run the farm but no license to operate camping activities. If found guilty, the operator faces up to three years in prison and a fine.