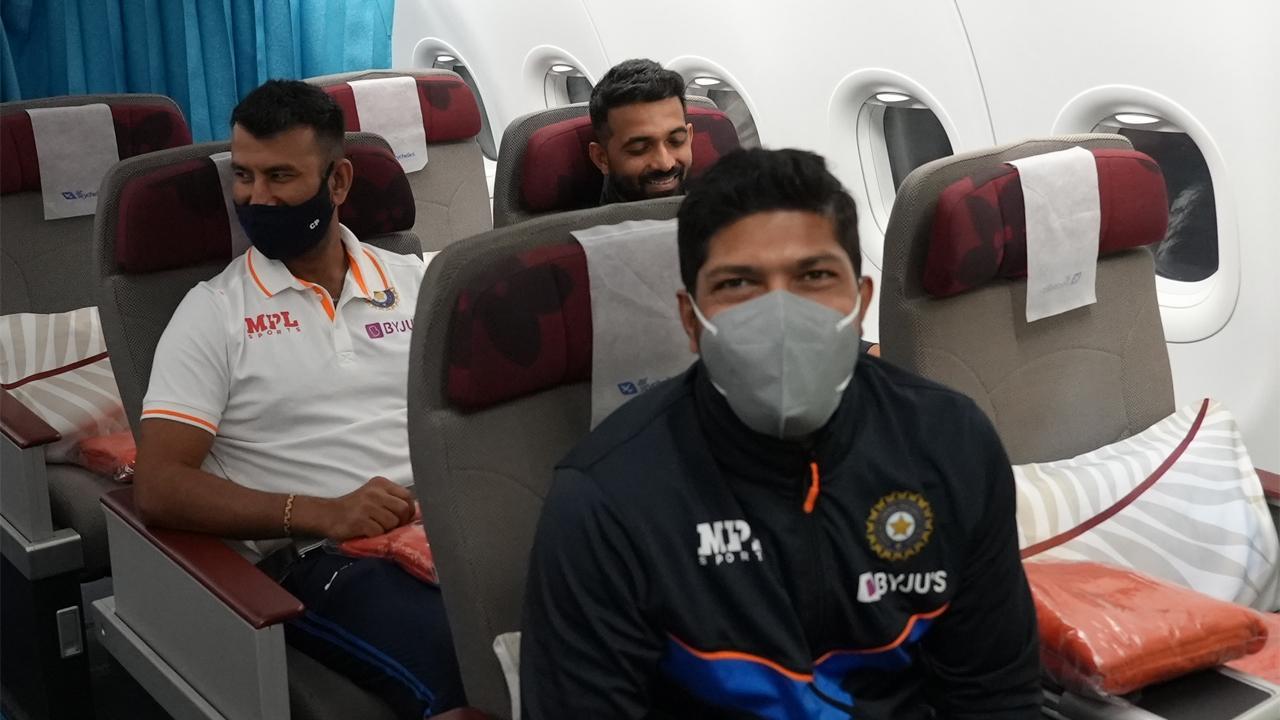 India and South Africa will lock horns in the Test series which gets underway from December 26.

The Board of Control for Cricket in India (BCCI) on Thursday shared pictures of the departure of the Indian Test squad.

Rohit Sharma was ruled out of the upcoming three-match Test series against South Africa after a hamstring injury during the practice session.

“Will miss his abilities a lot. He`s proven in England already that he`s really worked his Test game out, and the opening partnership was very important for us to play in that series. Obviously, with his experience and skill, we will miss those qualities,” said Virat Kohli in a virtual conference.

“That said, it`s an opportunity for Mayank [Agarwal] and KL [Rahul] to step up and solidify that start for us and make sure the good work is carried on in this series,” he added.

Rohit will be missing the upcoming Test series after the hamstring injury and Priyank Panchal was named as the replacement. Last week, Rohit was handed the reins of ODIs along with the T20I formats.