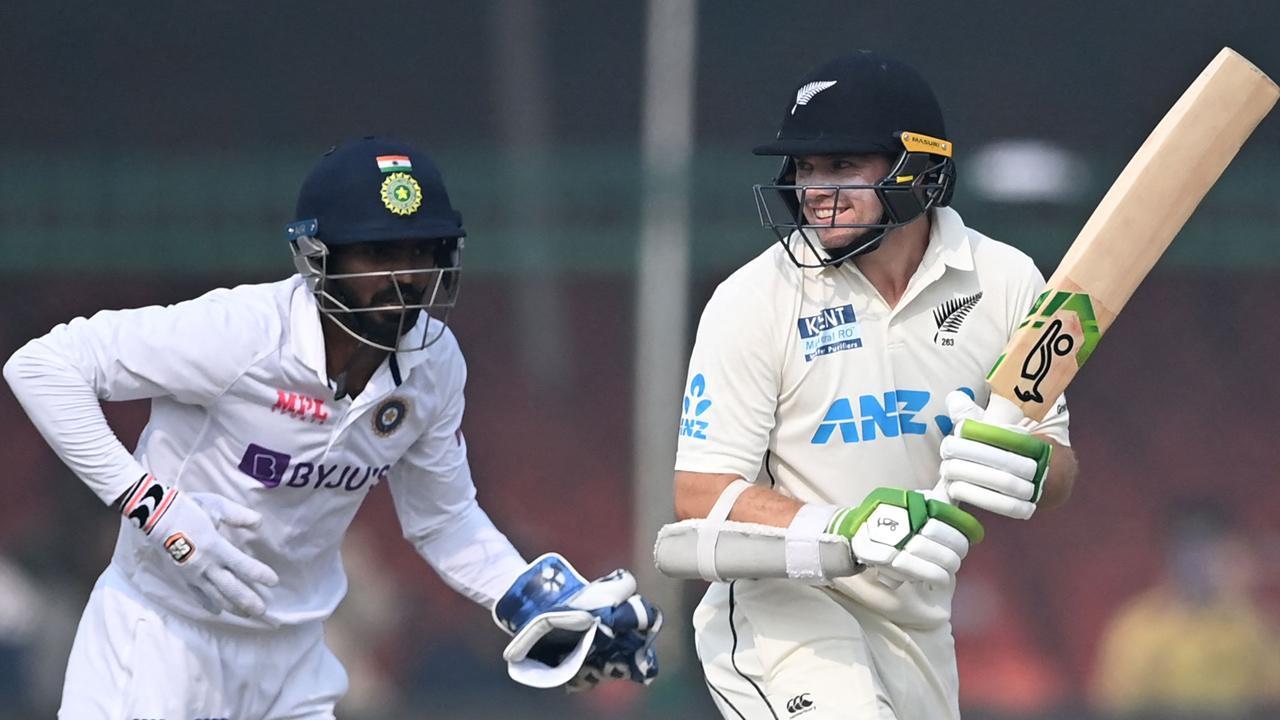 Night-watchman Will Somerville displayed a lot of character defying the Indian bowling attack alongside senior opener Tom Latham during a wicket-less session as New Zealand reached 79 for 1 in chase of 284 at lunch on day five of the opening Test.

A minimum of 60 overs remain in the next two sessions in which India need to get nine wickets and New Zealand requires 205 runs.

Somerville (36 batting off 109 balls ) and Latham (35 batting off 96 balls) added 76 runs for the unbroken second-wicket stand as the track didn`t offer any significant help to the Indian spinners save one delivery from Ravindra Jadeja (6-0-11-0).

That delivery turned back sharply into Latham after being pitched on the rough created outside the off-stump by bowler`s footmarks. India took a DRS but the replay showed that it didn`t pitch in line.

Otherwise, the duo wasn`t really perturbed by the Indian spinners, who found it difficult to create too many chances.

It also didn`t help that two fast bowlers Ishant Sharma (4-0-13-0) and Umesh Yadav (6-0-25-0) bowled in complete contrast to what their Kiwi counterparts Tim Southee and Kyle Jamieson did on this very pitch.

Just like he looked in England, Ishant`s run-up was again gingerly and not for once during the morning spell did he look in rhythm. He and Umesh tried the short-ball tactic to the unfancied Somerville but he swayed and ducked without any discomfort and also played the rising delivery with soft hands.

Somerville, who basically comes in at No 10, hit Umesh for three boundaries and after that gained a lot of confidence. Out of the three, the first one was a drive and the other two fierce cut shots as the bowler dropped short and also gave width.

Latham, who scored 95 in the first innings, once again brought his high quality defensive game against the spinners but at the same time didn`t hesitate in sweeping Jadeja for a boundary.

Somerville`s confident approach also rubbed in on Latham, who gave him a lot of strike.

The desperation of Indian bowlers was visible when Ravichandran Ashwin (12-2-19-1) bowled to Somerville with four close-in fielders including three on leg-side– a backward short leg, a forward short-leg and a silly mid-on but Somerville defended well to his credit.