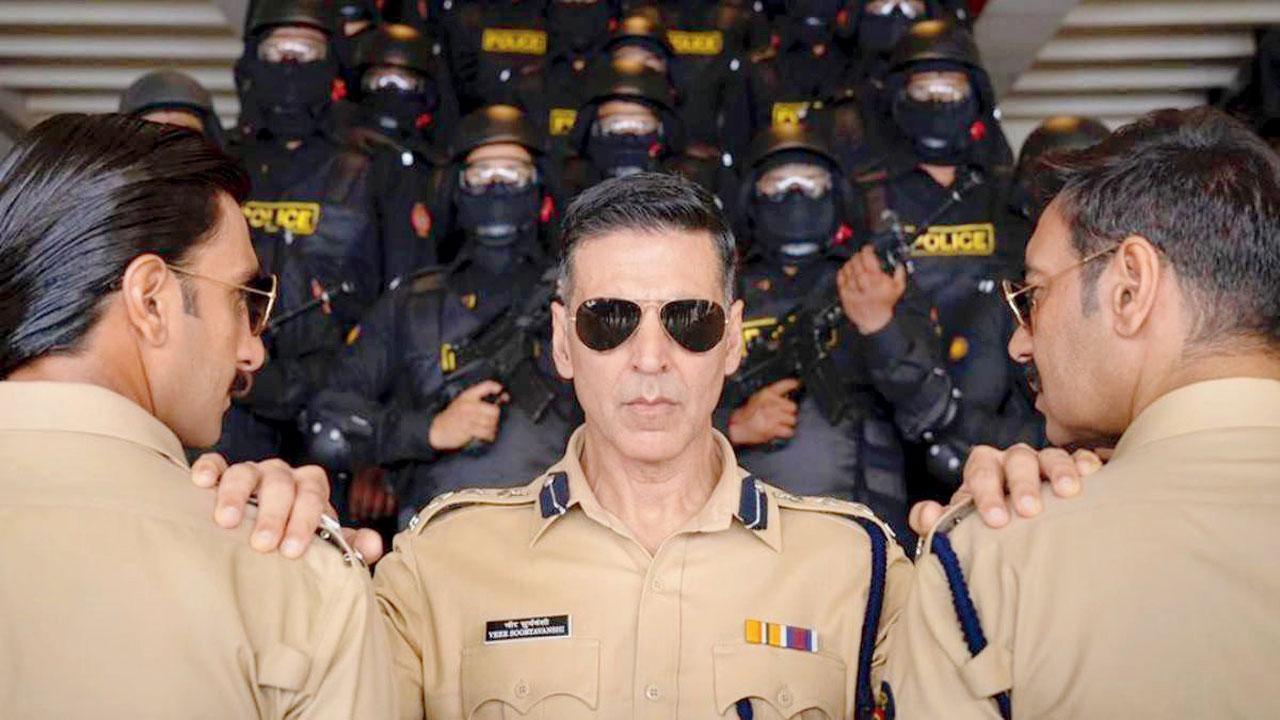 This Diwali, Team Sooryavanshi is on a mission to give the celebration a new meaning, and the first song from the film is setting the mood just right! The much-anticipated track, Aila Re Aillaa which brings together all the 3 cops of Rohit Shetty`s Cop Universe has us dancing like nobody is watching.

The song has been sung by Daler Mehndi, music has been recreated by Tanishk Bagchi and lyrics have been penned by Shabbir Ahmed. While we are ready to party with this track, watching Akshay Kumar, Ajay Devgn and Ranveer Singh together in this song is just adding to the excitement for the film. Watch the video right away!

Talking of `Sooryavanshi`, the film is now set for a massive theatrical release after its run-ins with delays and uncertainties. The film which also stars Akshay Kumar, Jackie Shroff and Jaaved Jaaferi with Ajay Devgn and Ranveer Singh in extended cameo appearances, will hit the screens on November 5 and will quell the audience`s hunger for a true blue Bollywood potboiler, this Diwali.

Fans have been eagerly waiting to see Katrina back in action and the Rohit Shetty directorial seems to be a perfect treat for the audience on Diwali. She will be seen reuniting with Akshay Kumar onscreen after a long time. `Sooryavanshi` is Rohit Shetty`s ambitious project that brings alive his cop universe. The film has been running in troubled waters as its release has been postponed multiple times because of the pandemic as it led to the shutdown of theatres across the country.

However, things look bright for the film as it`s set to hit the screens on November 5 and satiate the audience`s taste buds for a proper commercial potboiler, this Diwali.

Also Read: One hurdle done, many more to go