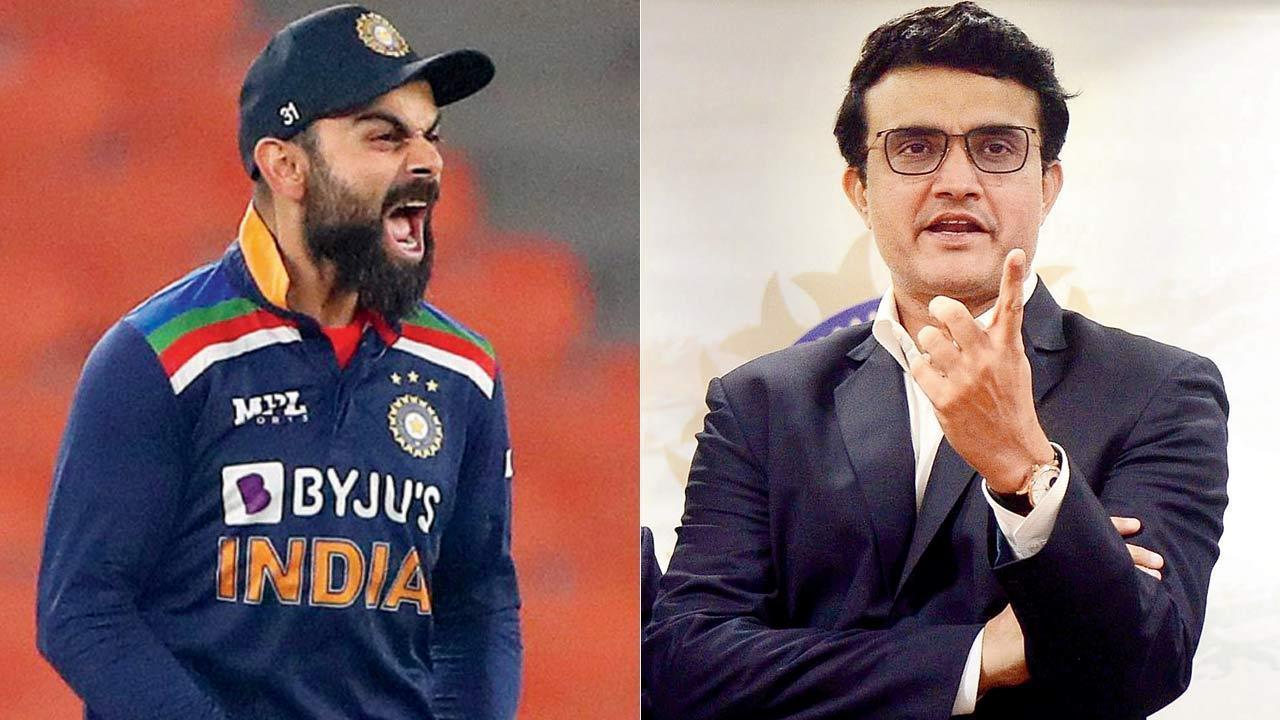 Board of Control for Cricket in India (BCCI) President Sourav Ganguly refused to comment on the claims made by Virat Kohli regarding white-ball captaincy and said that the board will handle it.

“I have no comments, leave it with the BCCI, we will deal with it,” Ganguly told reporters in Kolkata. A day after Kohli was removed as the ODI captain, BCCI President Ganguly had told ANI that he had indeed spoken to Virat regarding the leadership change adding, that he had requested Virat to also not give up the T20I captaincy. “It`s a call that the BCCI and the selectors took together. Actually, the BCCI had requested Virat to not step down as the T20I skipper but obviously, he did not agree. And the selectors then did not feel it right to have two different captains for two white-ball formats,” Ganguly told ANI.

“So it was decided that Virat will continue as Test captain and Rohit will take over as the white-ball captain. I as President personally spoke to Virat Kohli and the chairman of selectors has also spoken to him,” the BCCI president had added.

However, Kohli held a press conference on December 15 and in that, the former white-ball skipper contradicted Ganguly saying he was never asked to leave the T20I captaincy adding that even regarding the ODI captaincy, the communication could have been better. “Whatever was said about the communication that happened during the decision that was made was inaccurate. I was contacted one and half hours before the selection meeting on 8th for the Test series,” said Kohli while replying to a query from ANI.

“And there was no prior communication with me since I announced the T20I captaincy decision up till December 8. The chief selector discussed the Test team to which we both agreed Before ending the call, I was told the five selectors decided that I would not be told that I will not be ODI captain. Which I replied `okay fine`. And in the selection call afterwards, we chatted about it briefly this is what happened, there was no communication prior to that at all,” he added.

When Kohli was asked about the T20I captaincy claim, he was quick to respond: “When I communicated with the BCCI first about quitting the T20I captaincy, I told them that this is my point of view, these are the reasons for my decision. It was received quite well. No one took offence, no one had any hesitation. No one told me that I should not leave the T20I captaincy.”

Also Read: Sunil Gavaskar reacts to Virat Kohli`s comments: Ganguly should be asked `why there is this discrepancy`

“It was received well and looked at as a progressive step and one in the right direction. That time, I told the BCCI that I wanted to continue as ODI and Test captain unless the BCCI office-bearers or the selectors want me not to do so. I clarified this as well in the phone call. My communication with the BCCI was very clear. I also gave them the option that if the BCCI office-bearers of the selectors want to make a decision, I am okay with it,” he added.