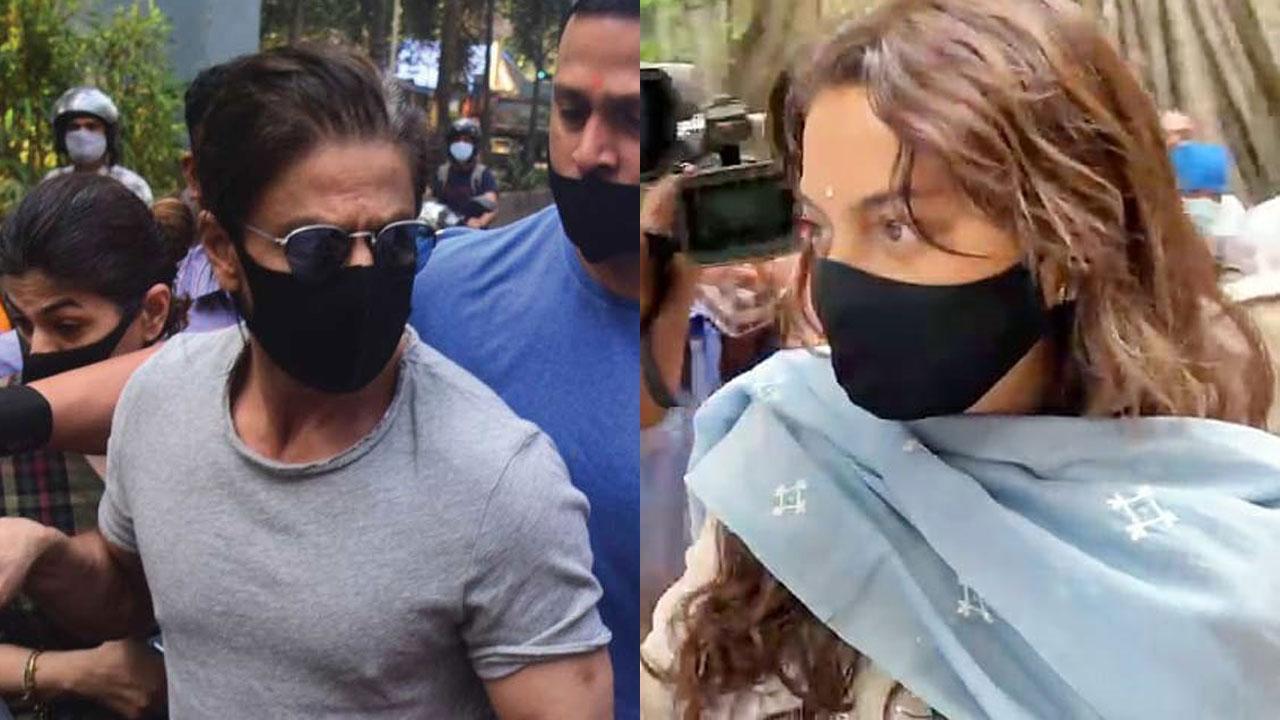 Bollywood megastar Shah Rukh left in a small motorcade along with aides and security personnel to pick up son Aryan from the Arthur Road Central Jail, while close family friend and ex-actress Juhi Chawla will be the bail surety.

The court has accepted Juhi – a co-star of SRK in many films – as the surety in Aryan`s bail and she signed the relevant papers and executed the bail bond before the court officials, said lawyer Satish Maneshinde.

He said that the court formalities are being completed and now the bail papers will be sent directly to the jail authorities which would process them before Aryan is released.

Simultaneously, SRK proceeded from his Bandra home to the ARCJ to welcome Aryan, expected to step out after an hour or so later this evening.

This was SRK`s second trip to the jail – earlier he had gone on October 21 for a 10-minute morale-booster tete-a-tete with Aryan inside the jail ahead of his bail plea in the Bombay High Court.

Prior to that, the superstar was allowed once to meet his son in the Narcotics Control Bureau lockup, where Aryan had broken down, but SRK has maintained a dignified silence throughout the ordeal.

Justice N. W. Sambre granted bail to Aryan and two others – Arbaaz Merchant and Munmun Dhamecha – on Thursday evening, but the bail orders were received only on Friday, paving the way for the trio to return home.

Soon after the bail verdict was pronounced Thursday, SRK reportedly shed tears of joy, and later met his entire legal defence team which had been fighting for Aryan`s release for the past four weeks.

The happy-go-lucky Aryan – who left home on October 2 for a fun-filled Mumbai-Goa cruise voyage, totally oblivious of what was in store – was suddenly detained after the NCB swoop, arrested the following day and has been in custody since then – making it a total of 28 days that he slept away from his `Mannat` bedroom.