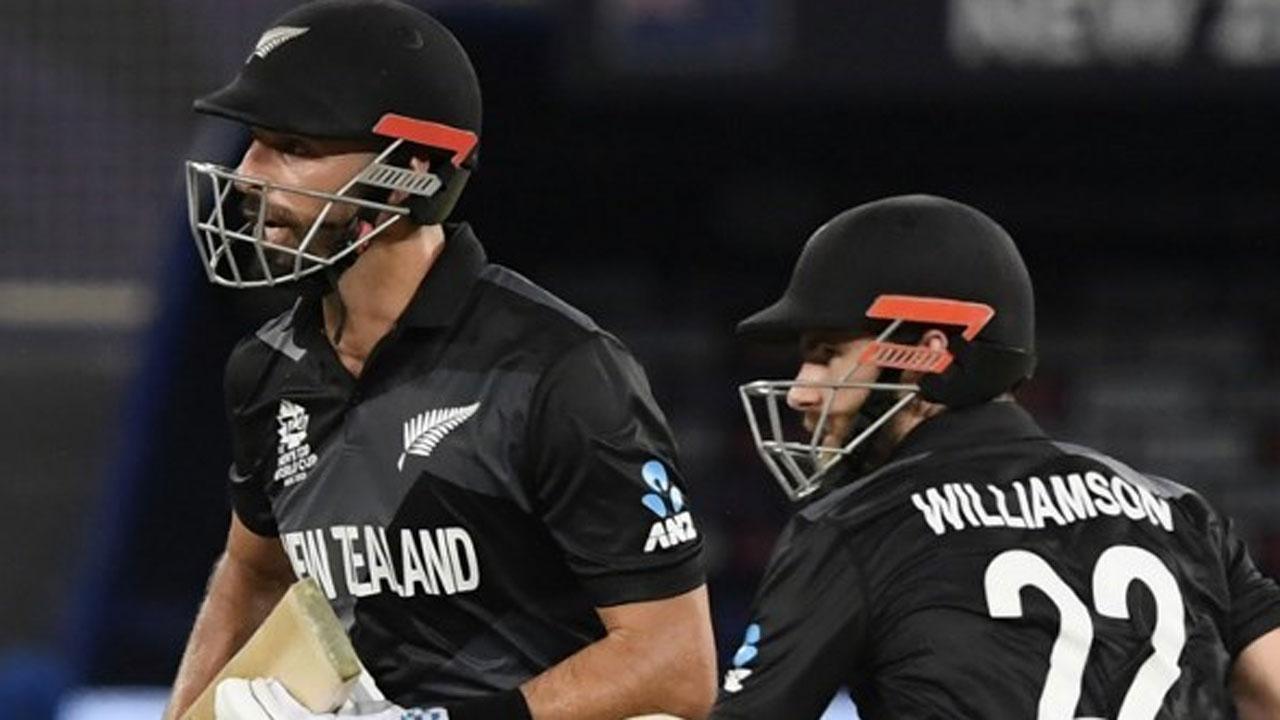 Daryl Mitchell (49 off 35 balls) and Kane Williamson (33 not out off 31 balls) led New Zealand to an emphatic eight-wicket win over India in an important Group 2 match of the ICC Men`s T20 World Cup at the Dubai International Stadium here on Sunday.

After restricting India to paltry 110/7 in 20 overs, New Zealand chased down the target easily with 33 balls to spare.

Martin Guptill began by hitting Varun Chakravarthy for back-to-back boundaries in the third over. Guptill took a boundary off Jasprit Bumrah in the next over. But on the next ball, Guptill miscued a loft to mid-on, Shardul Thakur grabbed it on the second attempt. Daryl Mitchell welcomed Ravindra Jadeja in the final over of Power-play with a six over long-on followed by back-to-back fours.

Post Powerplay, Mitchell continued this good show, slamming Mohammed Shami for a six over deep square leg. He then took 14 runs off Thakur in the tenth over, smoking a six over cow corner followed by back-to-back fours. Mitchell stitched a partnership of 72 off 54 balls with Kane Williamson to keep New Zealand steady in the chase.

Mitchell fell a run short of his maiden T20I half-century in the 13th over, holing out to long-on off Bumrah. Williamson hanged around to hit two fours off Hardik Pandya in the 14th over before scoring the winning single to complete their first win of the ongoing tournament.