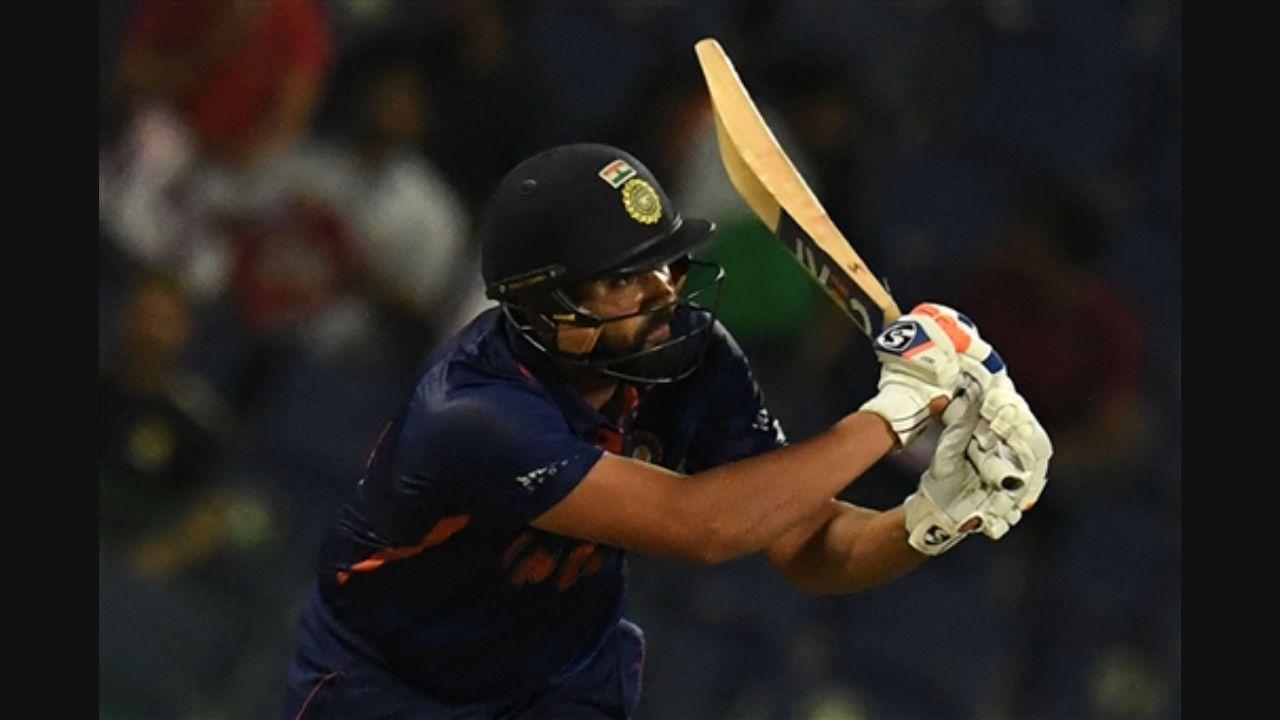 Indian openers Rohit Sharma and KL Rahul starred with the bat against Afghanistan as Men in Blue posted a total of 210/2 in the Group 2 match of the Super 12 stage of the ongoing ICC men`s T20 World Cup here at the Sheikh Zayed Stadium, Abu Dhabi.

For Men in Blue, Sharma and Rahul played innings of 74 and 66, respectively. Karim Janat and Gulbadin Naib scalped one wicket each for Afghanistan. Put in to bat first, India took off at a fiery start with Rohit Sharma and KL Rahul scoring 53 runs in the powerplay. Runs kept flowing from the willow of the Indian pair as, by the
end of the 10 overs, India`s score read 85/0.

In the 12th over, Rohit Sharma brought up his half-century, later in the same over KL Rahul smashed six, as the Indian openers crossed their 100 runs partnership.
Afghanistan finally got a sigh of relief after Karim Janat removed Rohit Sharma in the 15th over, which was followed by the wicket of the other Indian opener KL Rahul by Gulbadin Naib in the 17th over. The openers stiched a partnership of 140 runs.

In the last two overs, Rishabh Pant and Hardik Pandya continued the carnage as the pair gathered 35 runs and brought team India to a total of 210 at the end of the innings. Brief score: India 210/2 (Rohit Sharma 74, KL Rahul, 69; Karim Janat 1-7, Gulbadin Naib 1-39) vs Afghanistan.