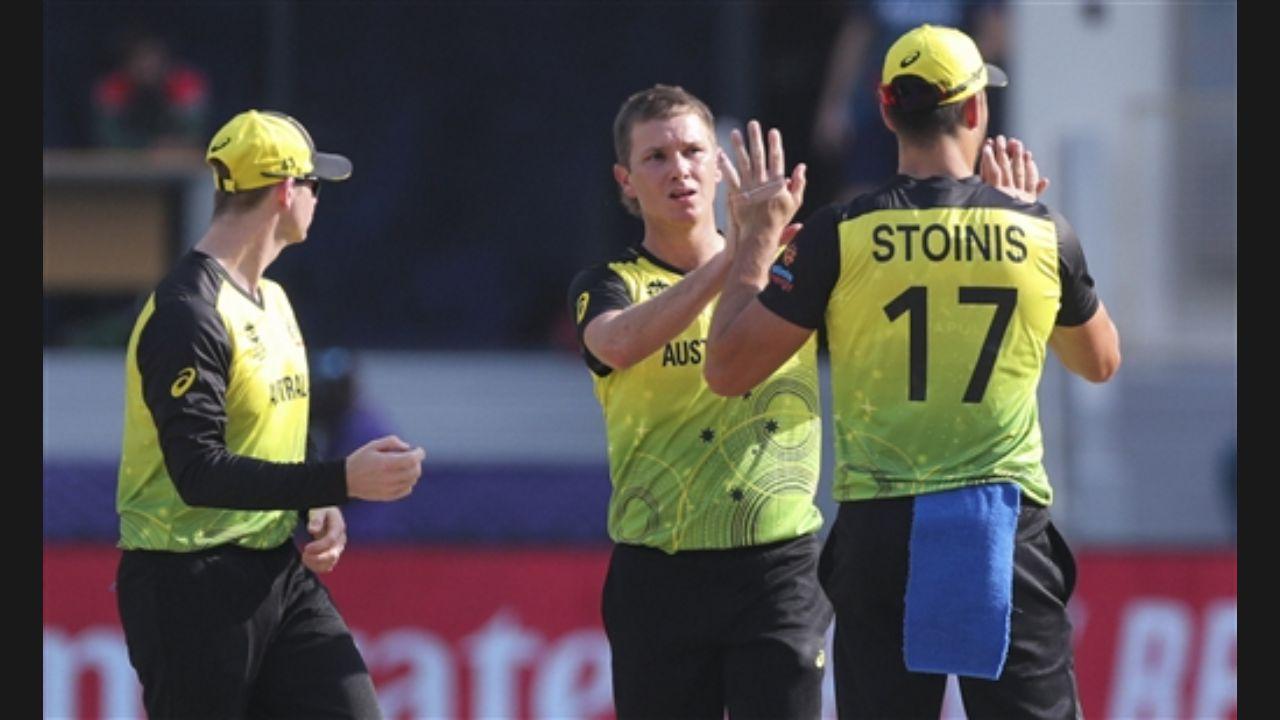 Adam Zampa starred with the bowl as Australia defeated Bangladesh by eight wickets in their Group 1 encounter of the ongoing ICC Men`s T20 World Cup at Dubai International Cricket Stadium.

The Australian spinner scalped five wickets by giving just 19 runs in his entire spell, which is the best figure in the tournament so far, while Mitchell Starc and Josh Hazlewood took two wickets each. Chasing 73, the fiery opening by Aaron Finch and David Warner made things even simpler. By the end of 4 overs, Australia was 40/0. Bangladesh finally got a sigh of relief after Taskin Ahmed bowled Finch in the 5th over and it was followed by Shoriful Islam removing Warner in the 6th over.

The carnage done by the opening duo proved to be fatal for Bangladesh as Glenn Maxwell and Mitchell Marsh ended the match in just 6.2 overs and helped to improve the net run rate to qualify into the semi-finals. Put to bat first, Bangladesh took off to a pathetic start as Starc disturbed the batting order with his ultimate pace and dismissed Liton Das in the very first ball he faced. Only three batters were able to get a double-figure score.