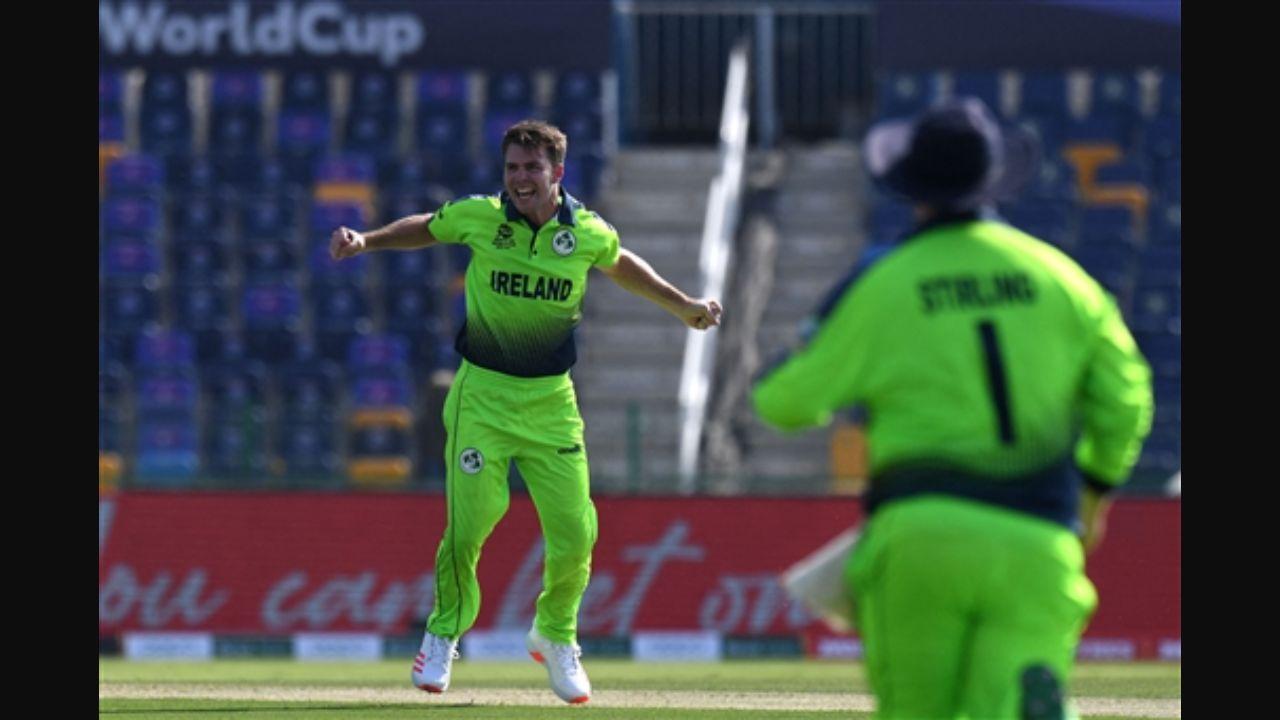 Curtis Campher created history by taking four wickets in four balls before Gareth Delany smashed 44 in 29 balls as Ireland defeated the Netherlands by seven wickets in the Group A encounter of the ongoing T20 World Cup.

Ireland restricted the Netherlands to 106 in the 20 overs and then chased down the target with 29 balls to spare. Irish batter Paul Stirling scored 30 in 39 balls while Campher scored seven after his heroics with the ball as Ireland clinched their opening game. Chasing 107, Ireland got off to a bad start as the side lost opening batsman Kevin O Brien in the fourth over and skipper Andrew Balbirnie in the fifth. But Stirling stitched a 59-run stand with Delany to take Ireland over the line with 29 balls to spare.

Earlier, a superb bowling display from Ireland restricted the Netherlands to 106/10 in the allotted 20 overs. The Dutch were 51/2 before pacer Campher took four wickets in four balls to dismantle the Netherlands. Campher removed Colin Ackermann, Ryan ten Doeschate and Scott Edwards to take a hat-trick and then added Roelof van der Merwe to the list of his victims in the 10 overs.

After the havoc, Netherlands still managed to get over the 100-run mark and posted 106 as opening batsman Max ODowd and skipper Pieter Seelaar stitched a 27-run stand. Mark Adair too hogged the limelight as he picked three wickets to help Ireland fold the Netherlands to 106.