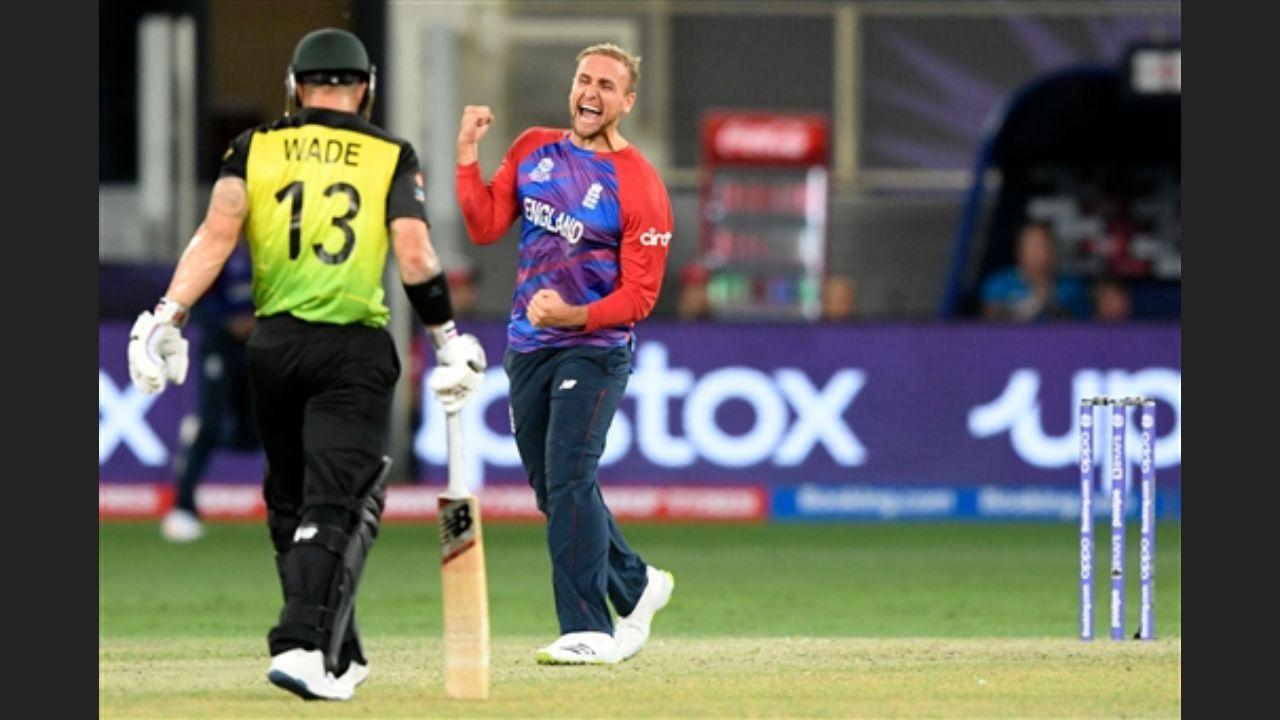 Skipper Aaron Finch scored a composed 49-ball 44 but England pacers produced a superlative performance to bowl out Australia for a modest 125 in their Super 12 Group 1 match of the T20 World Cup.

Opting to bowl, the pace duo of Chris Woakes (2/23) and Chris Jordan (3/17) rattled Australia`s top-order by removing opener David Warner (1), Steve Smith (1) and Glenn Maxwell (6) in the first four overs before Finch resurrected the innings. Ashton Agar (20), Pat Cummins (12) and Mitchell Starc (13) then hit some lusty blows to give some respectability to the Australian total.

The English pacers dished out a splendid display of fast bowling after skipper Eoin Morgan won the toss and elected to bowl. Woakes was in action early on as he induced a nick from Warner to deal the first blow and then pulled off a sensational catch at mid-on to remove Steve Smith off Jordan`s bowling.

Woakes then trapped Maxwell in front of wicket as Australia slumped to 15 for 3 in 4 overs. Leg-spinner Adil Rashid (1/19), who had opened the bowling for England, then returned to trap Marcus Stoinis LBW with a googly as Australia were tottering at 21 for 4 in 6.1 overs. Matthew Wade (18) then joined skipper Finch, taking Australia to 41 for four in 10 overs.

Wade, however, perished in the 12th over after holing out at long-on to Jason Roy off Liam Livingstone. Finch smashed back-to-back boundaries to cream 10 runs off Tymal Mills, before picking up another boundary off Jordan in the next over. Agar then exploded in the 17th over as he pulled one from Woakes over deep backward square leg before walloping him for another six over deep midwicket to score 20 runs of the over.

He was back to the pavilion after being caught by Livingstone. Cummins then clobbered the first two balls he faced for maximums to give Australia momentum. But Jordan returned to remove Finch and Cummins in successive balls.