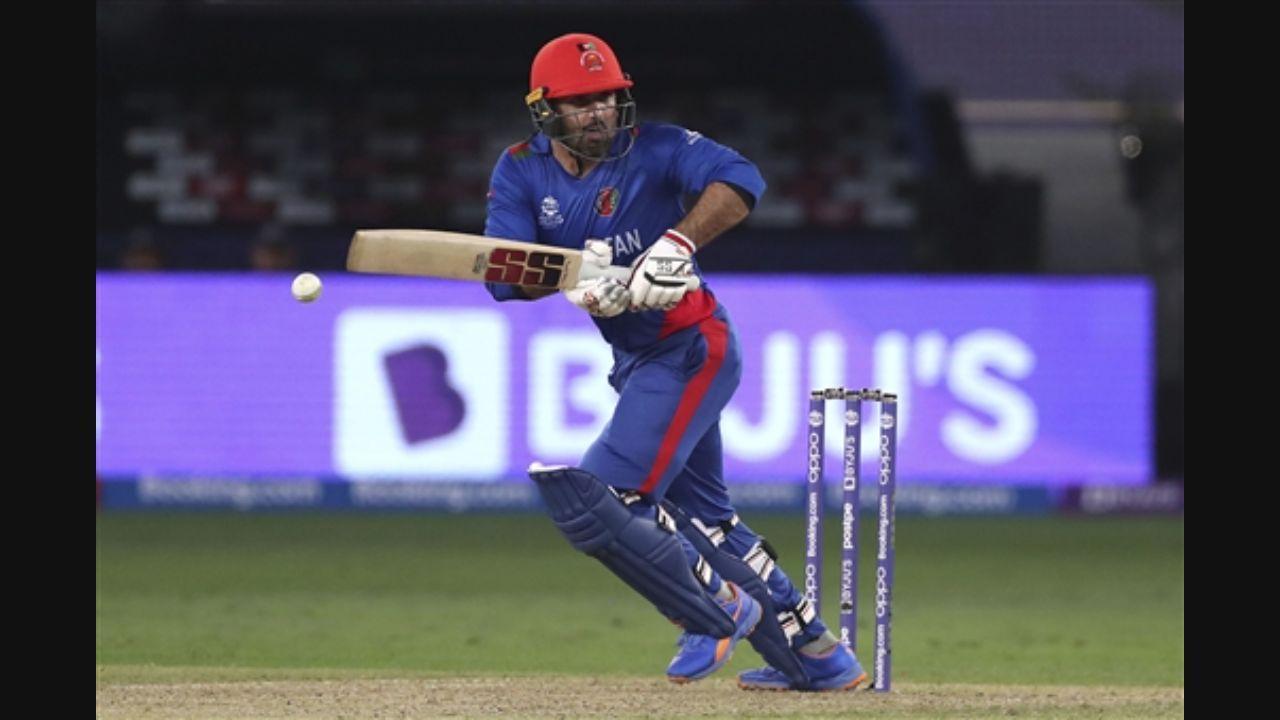 Skipper Mohammad Nabi and Gulbadin Naib`s unbeaten knocks in a splendid rearguard action steered Afghanistan to a competitive 147 for six against Pakistan in a Super 12 Group 2 match of the T20 World Cup.

Afghanistan were gasping at 76 for six in the 13th over as Pakistan`s expansive attack dominated the proceedings but Nabi (35) and Naib (35) seized the momentum with their big-hearted effort under pressure and prevented it from becoming a one-sided contest. They added 71 runs in 7.1 overs with 43 coming in the last three overs.

It all started when they creamed 21 runs from the 17th over bowled by Hasan Ali. Together they hit 10 boundaries. However, initially Shaheen Afridi`s probing yorkers, Haris Rauf`s variation and the control of Imad Wasim and Shadab Khan tested the batters of Afghanistan, who opted to bat. Pacer Afiridi created pressure on Afghan batters straightaway with his toe-targeting fiery first over and left-arm spinner Wasim followed that up with another tight over upfront.

The dot-ball pressure got the better of Hazratullah Zazai (0), who went after Wasim and ended up giving a catch to Haris Rauf. Mohammad Shahzad (8) lifted Afridi`s overpitched ball in the cover region to get the first boundary of the team but could not clear the mid-on one ball later to start his walk back to the dug out.

Realising that it will be difficult to score off Afridi, former skipper Asghar Afghan (10) and Rahmanullah Gurbaz (10) targeted Wasim and collected 17 runs from his next over, both hitting him for a six each. However, Afghan`s stay was cut short by Rauf while Gurbaz was sent back by Hasan Ali.

Afghan`s younger brother Karim Jannat (15) came to the crease and together with Najibullah Zadran (22) had the responsibility to keep afloat his side, which was tottering at 39 for four inside Powerplay overs. It kept getting worse for Afghanistan as neither the runs came at a good pace and they kept losing wickets. Jannat and Zadran were scalped by Wasim and Shadab respectively, leaving Nabi with a difficult task to put enough runs on the board to defend, which he did with Naib.