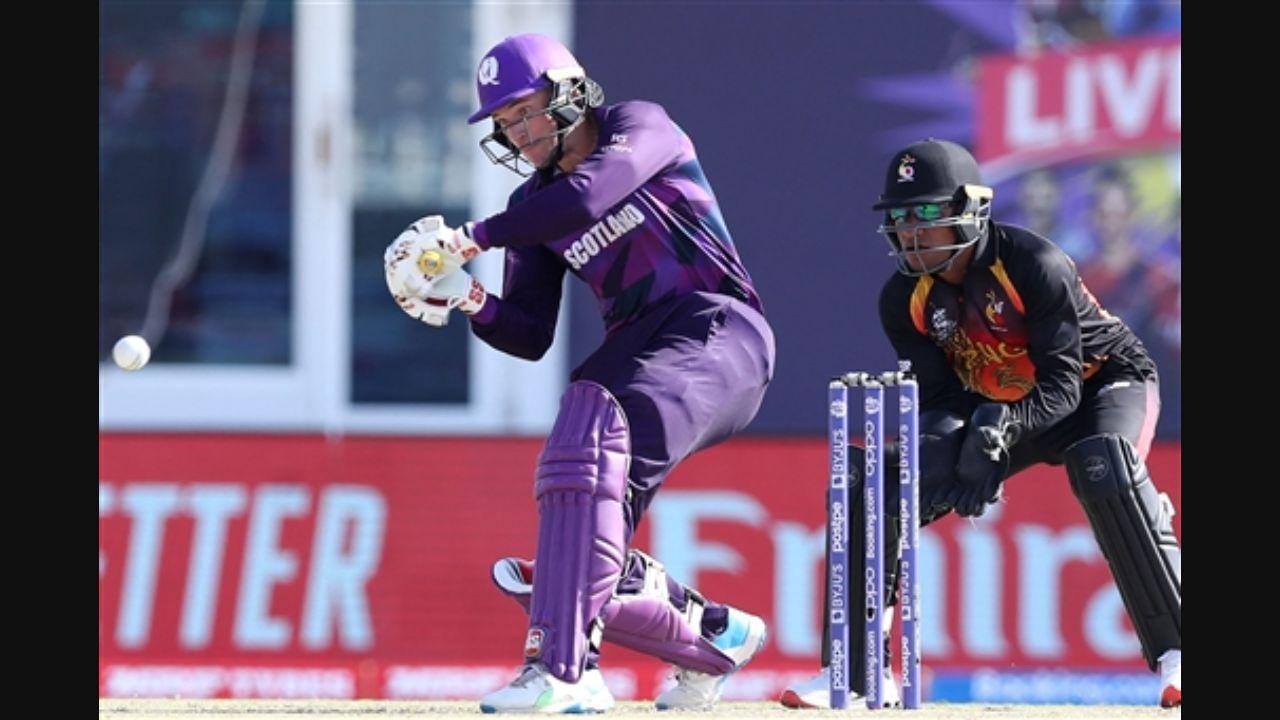 Sese Bau and Norman Vanua then put on 32 runs for the sixth wicket, but the required run-rate got a bit too much to handle and as a result, Bau (24) ended up losing his wicket to Chris Greaves, reducing PNG to 67/6 in the 12th over. Norman Vanua and Kiplin Doriga then provided a real scare to Scotland as the duo put on a quickfire stand of 53 runs for the seventh wicket. Mark Watt then dismissed Doriga (18) and PNG needed 42 runs to win from the final three overs.

Vanua (47) however perished in the 18th over, and with this PNG`s hopes were dashed and Scotland registered a 17-run victory. Earlier, Richie Berrington played a knock of 70 as Scotland posted a score of 165/9 in the allotted twenty overs. Opting to bat first, Scotland openers George Munsey and Kyle Coetzer put on 22 runs inside the first three overs, but their partnership was cut short by Kabua Morea in the third over as he dismissed Coetzer (6). Soon after, Chad Soper got the better of Munsey (15) and Scotland was reduced to 26/2 in the fourth over.

Matthew Cross and Richie Berrington then formed a 92-run stand for the third wicket putting Scotland on the front foot. However, PNG finally managed to get a breakthrough in the 15th over as Simon Atai dismissed Cross (45) in the 15th over. Berrington went on to play a knock of 70 as Scotland posted a score of more than the 160-run mark.