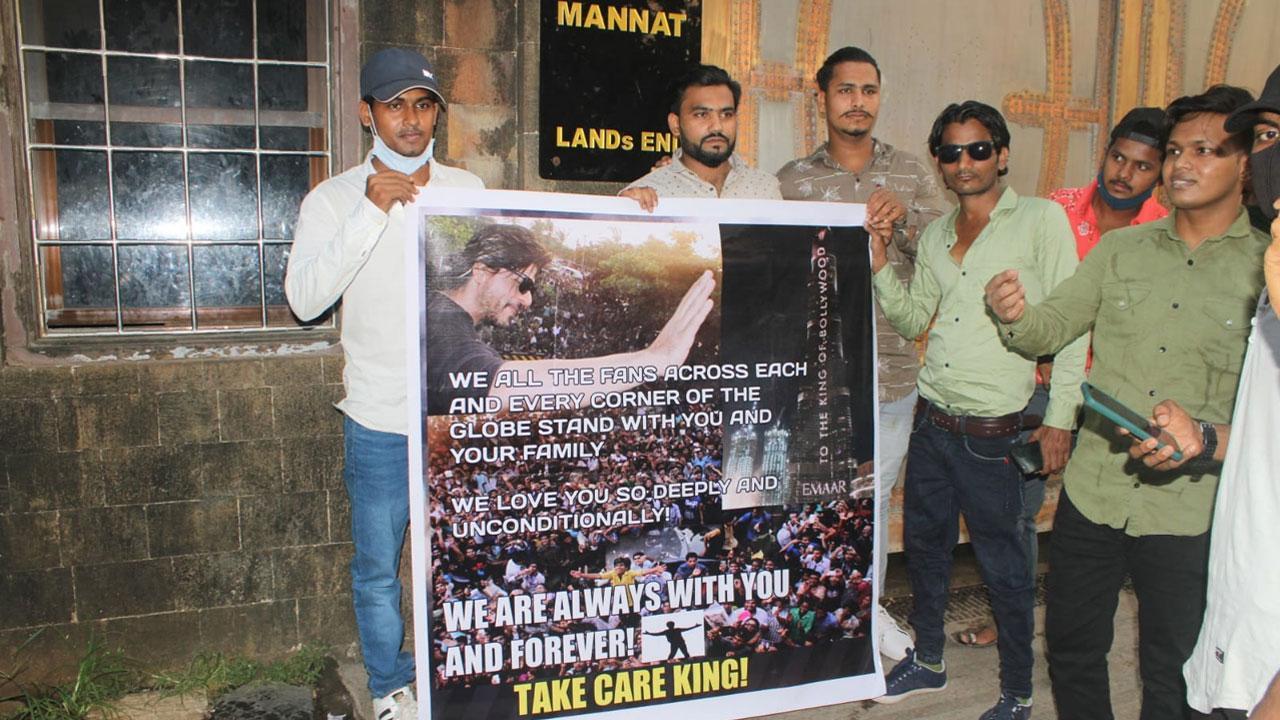 Bollywood`s Badshah, Shah Rukh Khan, turns 56 tomorrow. Every year, the King Khan`s birthday is no less than a festival for his legion of fans that gather outside Mannat in huge numbers to catch a glimpse of their superstar. Shah Rukh Khan on his part has always ensured to stand in his balcony and wave to his fans eagerly waiting for him. This year is no different. In fact, some of his fans have arrived outside his Bandra mansion today itself.

Some of them are holding up huge posters expressing their love and support for Shah Rukh Khan. “We all the fans across each and every corner of the globe stand with you and your family. We love you so deeply and unconditionally. We are always with you and forever! Take care King!” read one of the posters.

Another group of fans belonging to the Indonesian fan club of SRK too made an appearance outside Mannat with a poster.

Mannat is beautifully lit with string of lights. The decorations went up just before the arrival of Aryan Khan.

The past few days have been difficult for Shah Rukh Khan and family. With Aryan Khan now back home, it is a big relief for SRK, Gauri and the entire family. Fans and well-wishers of the superstar have been equally concerned about the well-being of the family and we saw support pouring in from all corners. Fans gathered in huge numbers outside Mannat to show support for Aryan, SRK and family. Friends from the industry like Salman Khan, Salim Khan, Alvira Agnihotri, Seema Khan, Maheep Kapoor, Neelam Kothari, Hrithik Roshan and many others too stood like a rock by Shah Rukh.