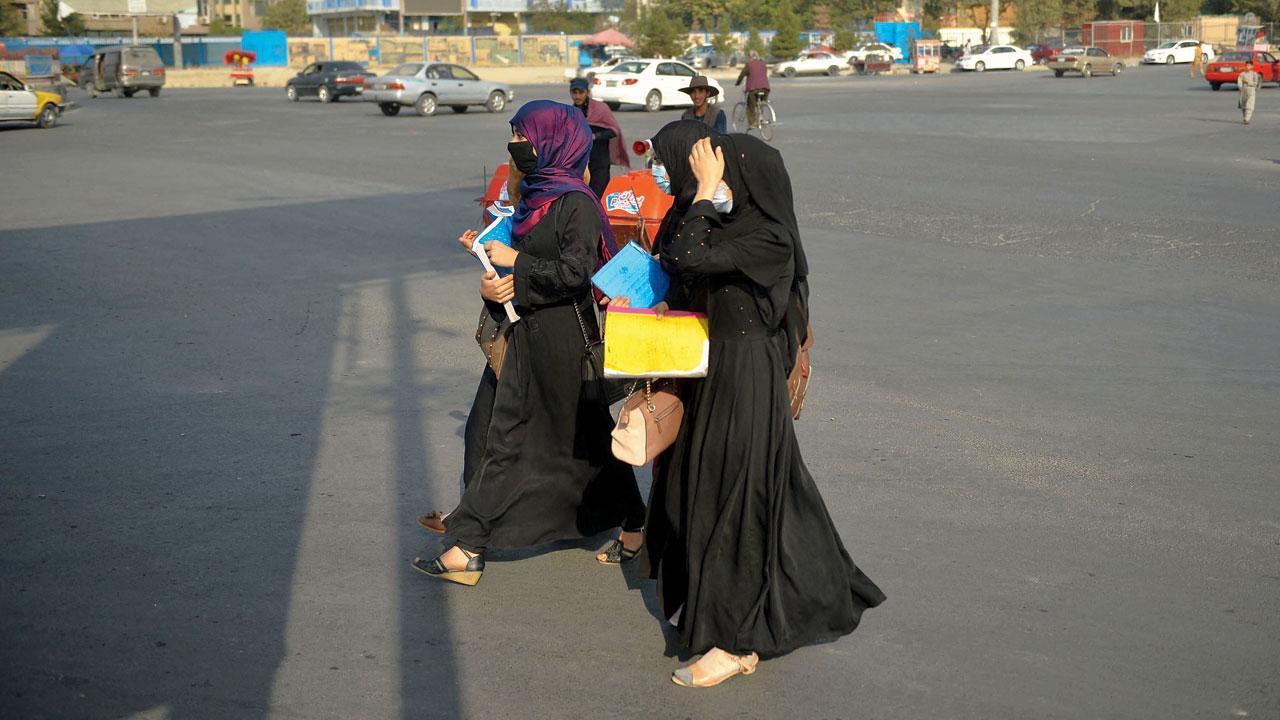 A senior UN official has said that the Taliban told him they will announce “very soon” that all Afghan girls will be allowed to attend secondary schools.

UNICEF Deputy Executive Director Omar Abdi, who visited Kabul last week, told reporters at UN headquarters on Friday that five of Afghanistan`s 34 provinces — Balkh, Jawzjan and Samangan in the northwest, Kunduz in the northeast and Urozgan in the southwest — are already allowing girls to attend secondary school.

He said the Taliban`s education minister told him they are working on “a framework” to allow all girls to continue their schooling beyond the sixth grade, which should be published “between a month and two”.

“As I speak to you today, millions of girls of secondary school age are missing out on education for the 27th consecutive day,” Abdi said. “We are urging them not to wait. Any day that we wait — it`s a day lost for those girls that are out of school.”

During the Taliban`s previous rule of Afghanistan from 1996-2001, they denied girls and women the right to education and barred them from working and public life.

Also Read: ‘Afghan govt will be inclusive, not selective’

Since their Aug 15 takeover of Afghanistan as US and NATO forces were in the final stages of their chaotic withdrawal from the country after 20 years, the Taliban have come under increasing international pressure to ensure women`s rights to education and work.

Abdi said that in every meeting he pressed the Taliban “to let girls resume their learning,” calling it “critical for the girls themselves and for the country as a whole.”

When the Taliban were ousted from power in 2001 by a US-led coalition for harbouring Osama bin Laden who masterminded the 9/11 attacks on the United States, only one million Afghan children were in school at all levels, he said.

Over the past 20 years, that figure rose to almost 10 million children at all levels, including 4 million girls, Abdi said, and in the last decade the number of schools tripled from 6,000 to 18,000.

“Education gains of the past two decades must be strengthened and not rolled back,” he said.

But the deputy chief of the United Nations Children`s Fund said despite this progress, 4.2 million Afghan children are out of school including 2.6 million girls.

If all girls are allowed to attend secondary school, Abdi said, efforts must still be made to overcome resistance from conservatives to allowing them to get a secondary education.

“The authorities that I`ve met said that when they put in place the framework that they are working on, it will convince more parents to send their girls to school, because it will address concerns in conservative societies about separating girls and boys and female teachers,” he said.

While in Kabul, the UNICEF deputy chief said he also visited a children`s hospital “and was shocked to see how packed it was with malnourished children, some of them babies.”

Abdi said the health system and social services are on the verge of collapse, medical supplies are running dangerously low, outbreaks of measles and watery diarrhea are increasing, and polio and Covid-19 remain serious concerns.

“Even before the Taliban takeover, at least 10 million children across the country were in need of humanitarian assistance to survive,” he said, “and at least one million of these children are at risk of dying due to severe acute malnutrition if they are not treated immediately.”

UN Secretary-General Antonio Guterres urged the world to prevent the Afghan economy from collapsing and help the Afghan people, an appeal echoed by Abdi who said “the situation is critical and it will only get worse.”