`Tattoo Waaliye` is biggest the song shot by industry during pandemic, says Saif 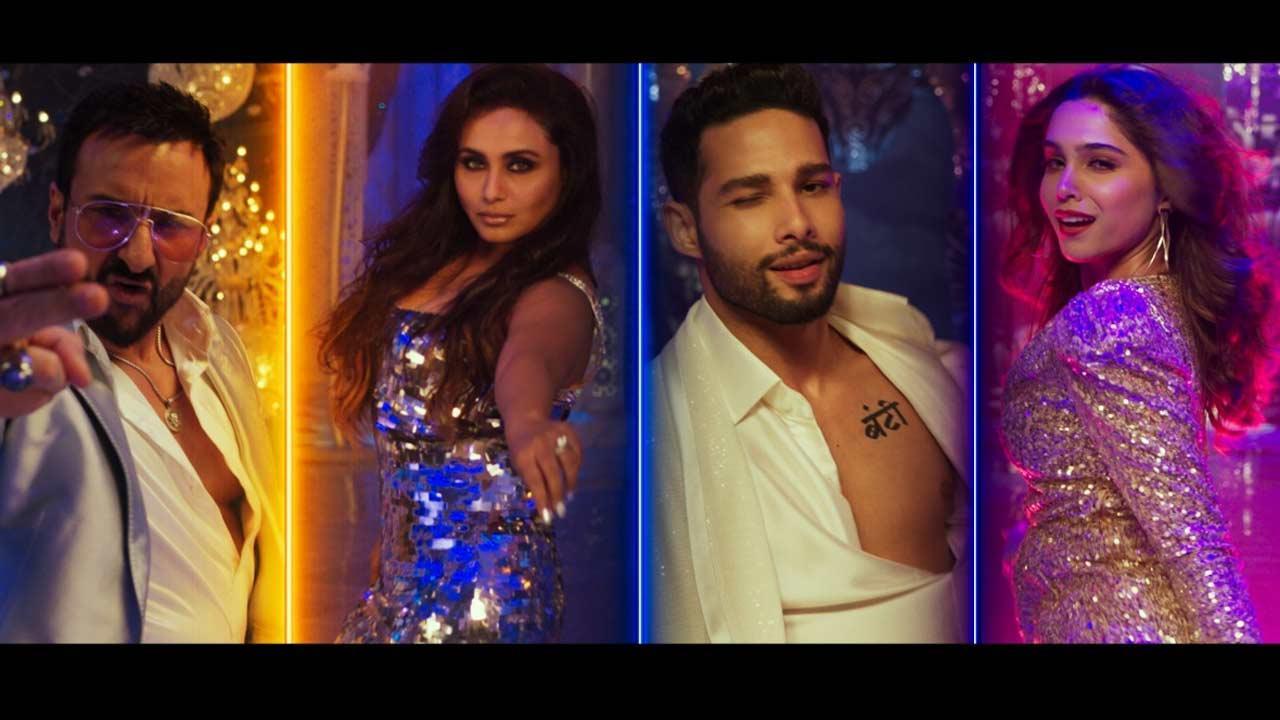 Yash Raj Films’ Bunty Aur Babli 2, which is set to release worldwide on November 19, 2021, is an out-and-out comedy that will pit two sets of con artists called Bunty and Babli, from different generations, against each other! Starring Saif Ali Khan, Rani Mukerji, Siddhant Chaturvedi, and the gorgeous debutant Sharvari, the family entertainer is set to release its first song, Tattoo Waaliye, which the actors claim is the biggest song shot by the Indian film industry during the pandemic!

Saif Ali Khan says, “Tattoo Waaliye is the first song that people will see. We were gearing up to mount the song on a big scale like decided. All preparations were made to shoot a song that would be an instant chartbuster. We rehearsed, we were set, but unfortunately, the nation went into lockdown the same day that we were supposed to shoot in March 2020! It was just heart-breaking.”

Watch the song right away!

He adds, “Kudos to Adi and the entire team at YRF for not dismantling the set for a year! It took a lot out of everyone involved to keep their conviction going but we kept our belief. When it was announced that we could shoot with some necessary guidelines, we were so excited to be back at it and shoot this song! So, the scale that you will see in Tattoo Waaliye makes it the biggest song shot by the industry during the pandemic. No other film shot during those difficult times were able to mount a song like this.”

Rani says, “I remember that day so clearly even today. We were so excited to be back on the sets to shoot Tattoo Waaliye so, yes, there were a lot of questions, lot of things were on our minds about whether or not it’s safe to shoot, but I think Yash Raj Films made sure that the entire premise was really well sanitized, a lot of precautions were taken in terms of getting everybody on set Covid tested. They also quarantined everybody in a hotel for about 14 days before we started shoot! So, I think a lot of measures were taken for making all of us comfortable on set.”

Take a look at the making of this entire song here:

Siddhant says, “We were all locked in, we couldn’t go home till we all completed the shoot. I remember the joy I personally felt when the news came out that everybody had tested negative on the day of shoot! That message really spread positivity within the crew and everyone was so pumped up to deliver the best at the song shoot. Shooting Tattoo Waaliye was a step towards reviving the industry and we were excited. So, Tattoo Waaliye is a really special song because we all know what we went through to make it happen.”

Sharvari says “It is quite surreal to see Tattoo Waaliye releasing now because I clearly remember how the shoot came to a standstill because of COVID-19 lockdowns. We were devastated. We had rehearsed so much and were so prepared to kill it on the dance floor. Today, I’m reminded of the happy memories when we could finally shoot again. I remember post-shoot we were very emotional just seeing each other. We had truly missed being on set & were so glad we could bring closure to the film’s shooting experience together. Hope everyone loves Tattoo  Waaliye as much as we loved shooting it.

Also Read: When Sharvari Wagh had her Priyanka Chopra moment in a swimsuit