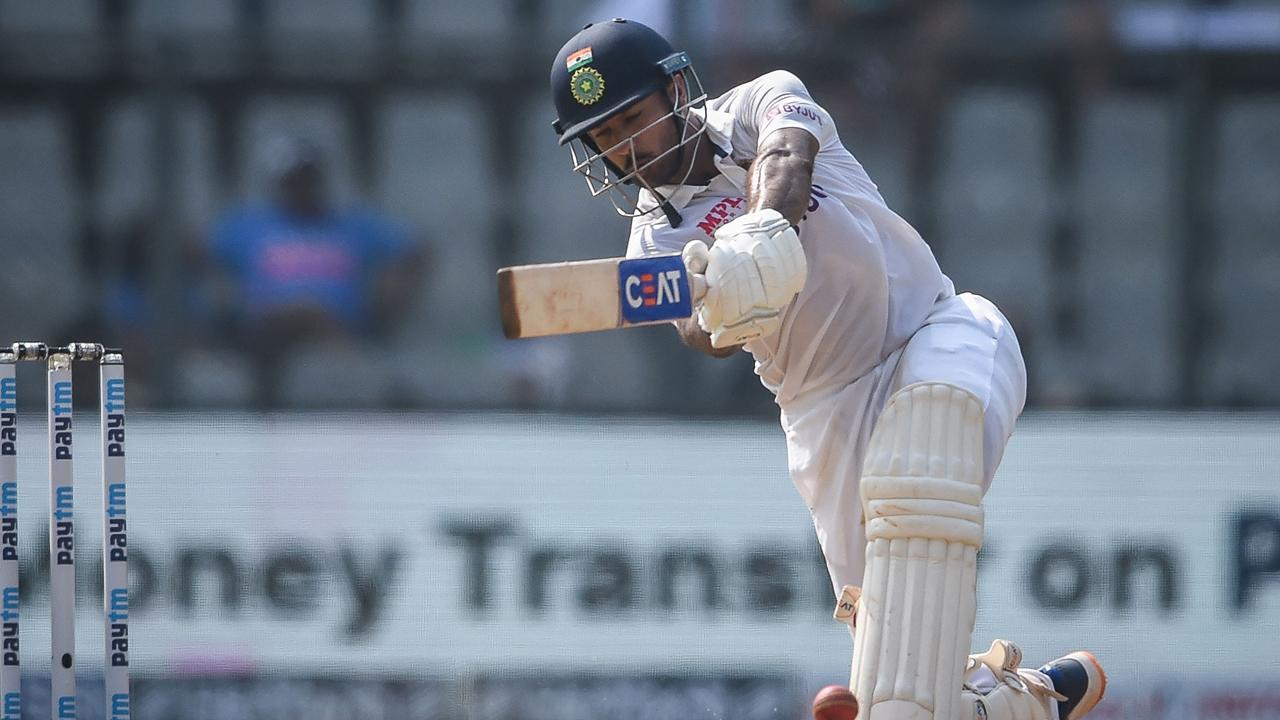 India survived early morning twin blows from in-from spinner Ajaz Patel before the gutsy Mayank Agarwal joined hands with the ever-improving Axar Patel to take the hosts to 285 for six at lunch on day two of the second Test against New Zealand.

India during the session didn`t score at a very quick rate as they put on only 64 runs in the 28 overs but Agarwal-Axar duo`s consolidation act certainly put the hosts in a position of command.

Save Patel, who used the turn and bounce to good effect, keeping the batters quiet for the better part of the session, the other New Zealand bowlers didn`t look very penetrative despite being economical.

In the morning, Saha got a perfect arm ball from Patel, which he tried to play on the back-foot and did well by not going for a review which would have been a complete waste.

Ashwin coming next did waste a review as the very next delivery post Saha`s dismissal was a flighted one which drew the batter forward and turned enough to clip the bails.

Ashwin hilariously appealed for DRS without realising that he has been bowled as he had thought that the bowler had appealed for caught behind.

The review was wasted as he had already asked for it and once he realised that he was beaten lock, stock and barrel, he didn`t wait for the final verdict.

However credit should go to Agarwal for showing enormous patience as he added only 26 runs to his overnight not out score of 120 in the two hours that he batted.

Axar, who has had some good knocks at the first-class level and a good show in the previous Test, also looked comfortable.