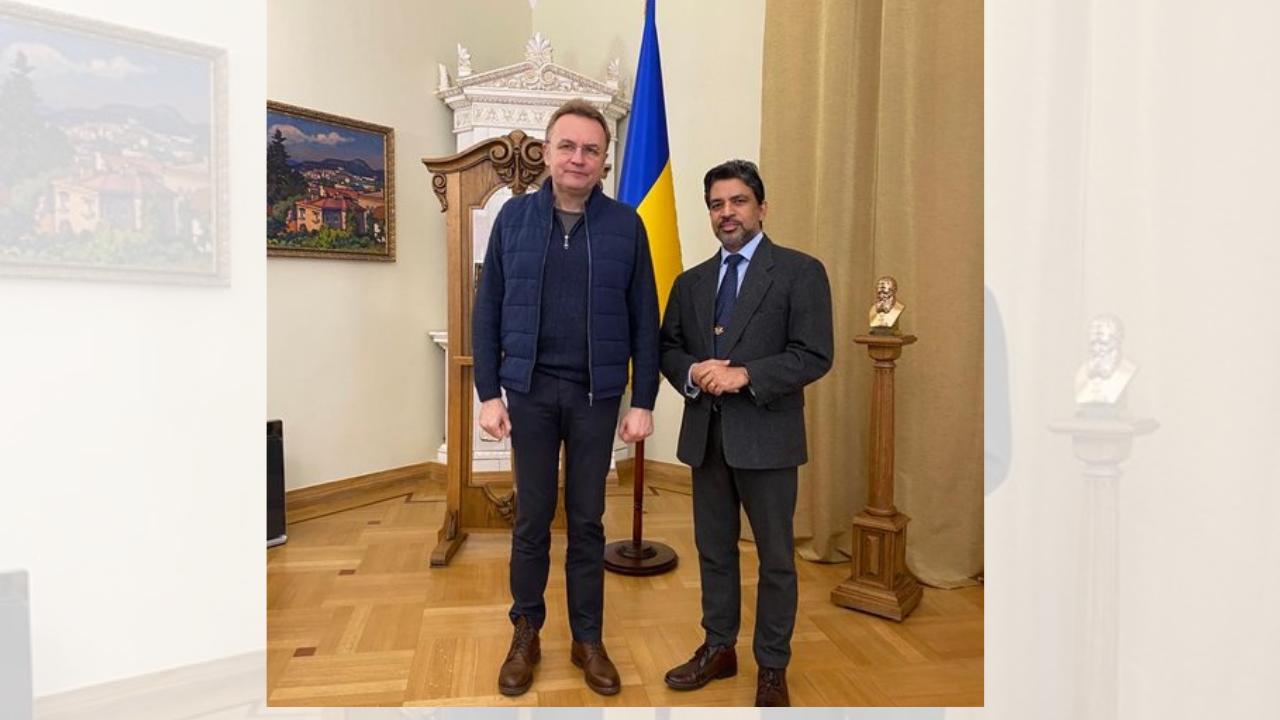 Indian Ambassador to Ukraine, Partha Satpathy met with the Mayor of Lviv, Andriy Sadovyi on Tuesday (local time) where both sides discussed the evacuation of Indian citizens in Ukraine.

Earlier, the embassy issued an advisory for Indian nationals stranded in Ukraine urging them to leave the conflict-ridden country using the humanitarian corridors using trains or any other means of transport from 10 am on Tuesday.

“The Humanitarian Corridor for evacuation of stranded people has been announced in various parts of Ukraine from 1000 hrs on 8 March 2022,” the advisory said.

It added that considering the security situation, the establishment of the next humanitarian corridor is uncertain. “All stranded Indian nationals are urged to make use of this opportunity and evacuate using trains/vehicles or any other available means of transport giving due consideration to safety,” it added.

Under `Operation Ganga` to rescue Indian citizens from Ukraine`s neighbouring countries, 410 Indians have been airlifted today by 2 special civilian flights from Suceava. With this, about 18 thousand Indians have been brought back through the special flights which began on February 22.The number of Indians airlifted by 75 special civilian flights goes up to 15521. IAF had flown 12 missions to bring back 2467 passengers, as part of Operation Ganga, and carried over 32-tonne relief material.

Among the civilian flights, 4575 passengers have been brought from Bucharest by 21 flights, 1820 from Suceava by 9 flights, 5571 from Budapest by 28 flights, 909 passengers by 5 flights from Kosice, 2404 Indians from Rzeszow by 11 flights, and 242 persons by a flight from Kyiv.Notably, the Russian forces launched military operations in Ukraine on February 24, three days after Moscow recognized Ukraine`s breakaway regions, Donetsk and Luhansk as independent republics followed by the announcement of a “special military operation” to “demilitarize” and “denazify” Ukraine.