If Murmu wins the 18 July poll, then she will become only the second female president of India after Pratibha Patil 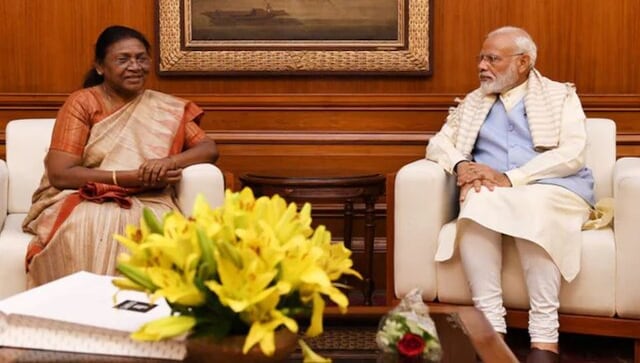 The ruling BJP-led NDA has chosen former Jharkhand governor Droupadi Murmu as its candidate for the 18 July presidential poll, the alliance announced on Tuesday.

The announcement came hours after BJP top brass including PM Narendra Modi held a parliamentary board meeting in New Delhi.

Murmu is likely to win the election given the NDA’s strong numbers. She will be facing joint Opposition’s candidate former Union minister Yashwant Sinha in the poll.

Also read: Droupadi Murmu: From a life full of struggles to becoming the first tribal woman nominated for president

If Murmu wins the poll, then she will become only the second female president of India after Pratibha Patil. Murmu is the first tribal woman to be nominated for the post of president.

Murmu devoted her life to the marginalised: PM

Taking to Twitter, PM Modi said that he is confident that “Murmu will be a great President and that she devoted her life to the marginalised.”

Smt. Droupadi Murmu Ji has devoted her life to serving society and empowering the poor, downtrodden as well as the marginalised. She has rich administrative experience and had an outstanding gubernatorial tenure. I am confident she will be a great President of our nation.

This is the second time in a row that the NDA has chosen a candidate from a marginalised community. The current President Ram Nath Kovind was a Dalit leader from Uttar Pradesh.