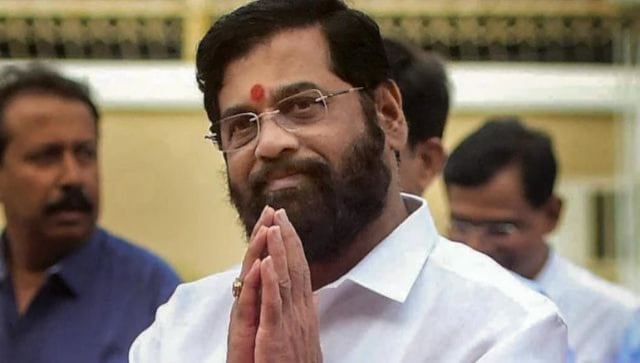 In the 288-member House, 164 MLAs voted for the motion of confidence, while 99 voted against it.

Speaker Rahul Narvekar announced that the trust vote has been carried by a majority vote.

Shinde had taken the oath as the chief minister of the state last week after forming the government with the support of the BJP.

Just minutes before the vote, Santosh Bangar, Sena MLA from the Uddhav camp, joined Shinde’s faction, taking its tally to 40. The Shiv Sena currently has 55 MLAs in the 288-member state Assembly.

Bangar is the MLA from Kalamnuri in Hingoli district.

While AIMIM and Samajwadi Party abstained from voting, two Maharashtra Congress MLAs Ashok Chavan and Vijay Wadettiwar were late and showed up after the Shinde camp had already won the trust vote.

The youngest Congress MLA Zeeshan Siddique, another Congress MLA Dheeraj Deshmukh, and Nationalist Congress Party’s Sangram Jagtap, who were present for the speaker vote on Sunday, did not show up.

The test of strength came a day after BJP’s Rahul Narwekar was elected Speaker — a significant move in view of the Sena’s pending legal appeal to disqualify 16 rebel MLAs, including the new Chief Minister.

Narvekar also recognised the appointment of Gogawale from the Shinde camp as the chief whip of the Sena, removing Sunil Prabhu, who belongs to the Thackeray faction.

Meanwhile, Gogawale (Eknath Shinde faction) has given a petition to the Assembly Speaker seeking suspension of 16 MLAs of the party for violation of whip.

The 16 MLAs will be issued notice for suspension, confirmed the Speaker’s office.

With inputs from Agencies