Taking to Instagram, the ‘Keeping Up with the Kardashians’ star expressed that it had been a “scary and emotional” rollercoaster of a week 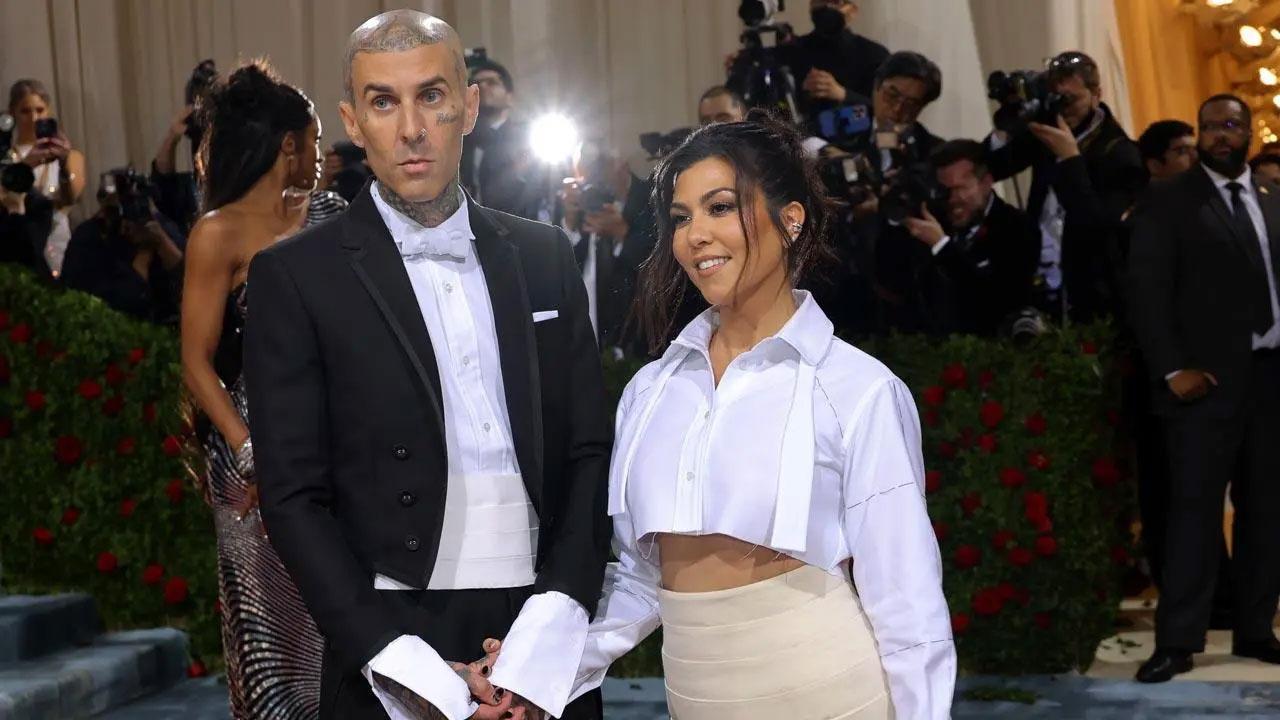 US reality TV star, Kourtney Kardashian broke her silence on husband Travis Barker’s medical ordeal following his treatment for pancreatitis. Taking to Instagram, the ‘Keeping Up with the Kardashians’ star expressed that it had been a “scary and emotional” rollercoaster of a week, reported Page Six. She even added that although people often tend to take their health “for granted” it “can change” rapidly.

“Oh what a scary and emotional week it has been. Our health is everything and sometimes we take for granted how quickly it can change. Travis and I went in for a routine endoscopy together and he ended up with severe, life-threatening pancreatitis,” wrote the Kardashian on her Instagram story. She thanked all the “specialists, doctors, and nurses” for taking good care of the Blink-182 drummer during his stay at the Cedars Sinai hospital.

Kourtney further expressed her gratitude to “God for healing” her husband from the medical complication, and thanked everyone for their “prayers”, reported Page Six. “I am so grateful to God for healing my husband, for all of your prayers for him and for us, for the overwhelming outpouring of love and support. I am so touched and appreciative,” thanked the 43-year-old star.

“It’s crazy how sometimes words could never truly express the gratitude or feelings I have inside of me,” concluded the Kardashian. The American rapper and singer, Travis Barker was hospitalized on June 28 in Los Angeles, reported Page Six. The pancreatic drainage tube of the 46-year-old drummer was injured during a routine endoscopy, he said in a health update posted on his official Instagram. Post his recovery, Barker expressed his appreciation for having started to recuperate.

He took to his Instagram story and wrote, “I went in for an endoscopy Monday feeling great. I developed excruciating pain and have been hospitalized ever since. During the endoscopy, I had a very small polyp [a tissue growth] removed right in a very sensitive area, usually handled by specialists, which unfortunately damaged a critical pancreatic drainage tube. This resulted in severe life-threatening pancreatitis.”

Barker’s statement ended with, “I am so very very grateful that with the intensive treatment I am currently much better”. The story was later reshared by Kourtney, on her own Instagram handle.

Meanwhile, talking about Barker, after starting his career in the music industry in the 1990s, the drummer has recently experienced a rise in popularity among the general public. In episodes of ‘The Kardashians’ on Hulu last year, the drummer’s relationship with Kourtney was extensively recorded. In May, the couple exchanged vows in Portofino, Italy.