Former Chancellor Sunak, who is standing firm on his economic plan of prudency over immediate tax cuts, went head-to-head with Foreign Secretary Liz Truss over her promise to slash taxes from day one if she is elected as the new incumbent at 10 Downing Street 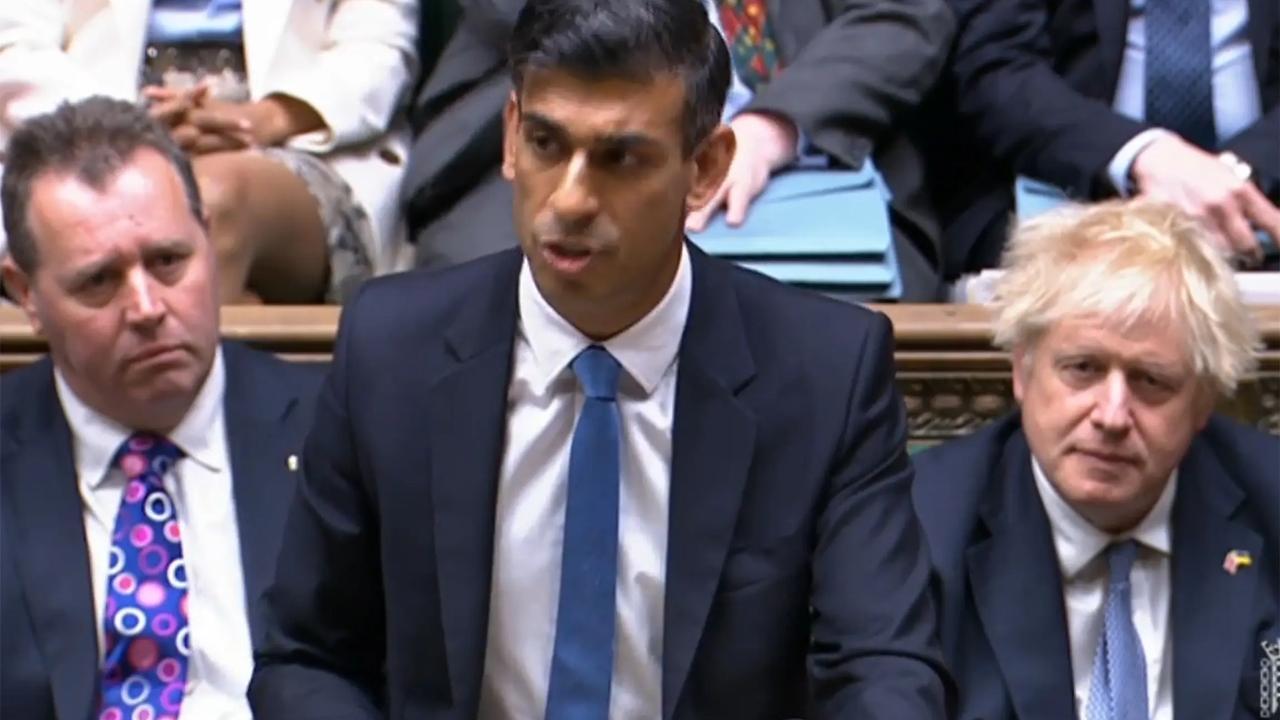 The crux of the UK prime ministerial frontrunner Rishi Sunak’s message was around honesty as he clashed with his four remaining rivals in the first televised debate of the race to replace Boris Johnson as the Conservative Party leader.

Former Chancellor Sunak, who is standing firm on his economic plan of prudency over immediate tax cuts, went head-to-head with Foreign Secretary Liz Truss over her promise to slash taxes from day one if she is elected as the new incumbent at 10 Downing Street.

Trade Minister Penny Mordaunt, among the top three candidates, also wants to cut some taxes, with Kemi Badenoch and Tom Tugendhat slightly more measured in laying out their plans over the dominant issue of the race.

“You have to be honest. Borrowing your way out of inflation isn’t a plan, it’s a fairytale,” Sunak told Truss, as the Channel 4 debate on Friday night got heated and he rubbished her proposals and warned against an “unfunded spree” of tax cuts.

All five candidates admitted Johnson had been less than honest over the Downing Street parties when asked about partygate, with Tugendhat the only candidate to reply a categorical “No” when asked if he trusted the outgoing Prime Minister.

A snap survey from Opinium on who performed best at the end of the 90-minute lively exchange put Tugendhat as the winner with 36 per cent of the vote, followed by Sunak on 24 per cent.

Both Mordaunt and Badenoch received 12 per cent of the vote, with Truss trailing on 7 per cent. The latest betting odds analysis shows Mordaunt in the lead as the bookie favourite, followed by Sunak, Truss, Badenoch and Tugendhat.

All five candidates will clash in a television debate on Sunday before the third round of voting set on Monday, when Conservative MPs will further narrow down the field as the candidate with the least votes is knocked out of the race until only two remain.

Earlier on Friday, in an online Tory party Zoom campaign event where the candidates took questions from members, Sunak declared that his biggest weakness is striving too hard for perfection.

“I think you’ve got to make sure that you don’t let perfect be the enemy of the good,” he said.

The first British Indian politician to run for Prime Minister is seen as the favourite among Tory members of Parliament having topped the first two rounds of voting and is widely expected to be in the final two by Thursday.

The leadership battle is now focussed on who would be in second place to take him on as the election widens to the UK-wide Tory membership of approximately 200,000.

Among these voters, Mordaunt is seen as the current preference, but things could change as the final two candidates travel around the country for hustings to make their pitch for the Tory vote.

The winner of that postal ballot to determine who will be the next Conservative Party leader and new British Prime Minister will be known by September 5.