About 3,800 people were under evacuation orders, Mariposa County Sheriff Jeremy Briese told a public briefing at a crowded auditorium in Mariposa, the county seat 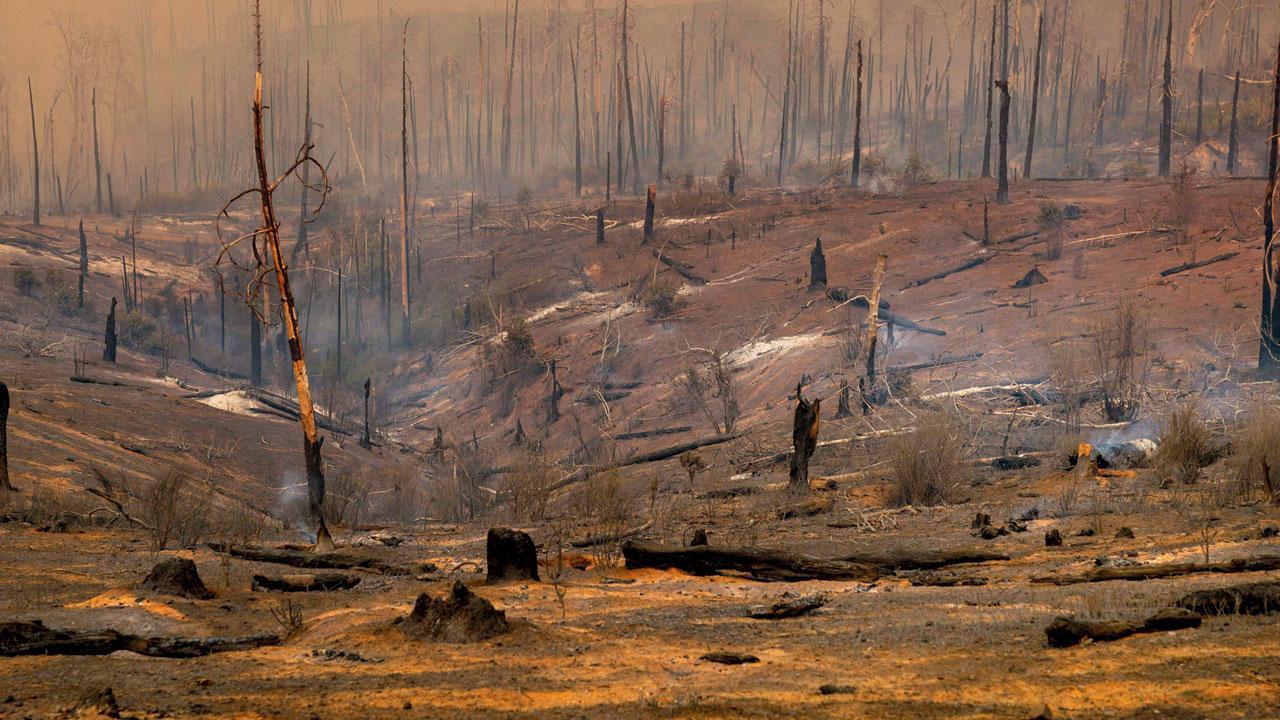 A forest decimated by the Oak Fire near Mariposa, California on Sunday. Pic/AFP

Firefighters deployed air tankers, bulldozers and hand crews to battle a fast-moving wildfire just west of Yosemite National Park on Sunday that suddenly and unpredictably grew into one of the largest fires of the year, forcing thousands of evacuations.

Fuelled by extreme heat and tinder-dry forests and underbrush, the Oak Fire that began on Friday closed within half a mile (0.8 km) from the town of Mariposa Pines but was still more than 10 miles (16 km) from Yosemite, famed for its giant, ancient sequoia trees.

By Sunday evening, the fire had consumed 15,603 acres (6,314 hectares), more than half the size of Paris, and was zero percent contained, according to the California Department of Forestry and Fire Protection (Cal Fire). Ten structures were destroyed and five more damaged. About 3,800 people were under evacuation orders, Mariposa County Sheriff Jeremy Briese told a public briefing at a crowded auditorium in Mariposa, the county seat.

Cal Fire officials said they had robust firefighting teams on scene early on, but the fire progressed atypically and overran their best efforts. The fire was moving east up into the sierra, toward the town of Mariposa Pines and in the direction of Yosemite, Justin Macomb, a Cal Fire operations section chief, said. “The fire quickly outflanked us. We couldn’t even attack it with the resources that we had on hand,” Macomb said. “In my career, I haven’t seen fire behaviour like that.” The cause of the fire is under investigation.

15,603 acres
Area consumed by the Oak Fire by Sunday