Skip to content
Home » California sees its largest wildfire in 2022

California sees its largest wildfire in 2022

“The fuel beds are so dry and they can just erupt from that lightning,” Freeman said. “These thunder cells come with gusty erratic winds that can blow fire in every direction” 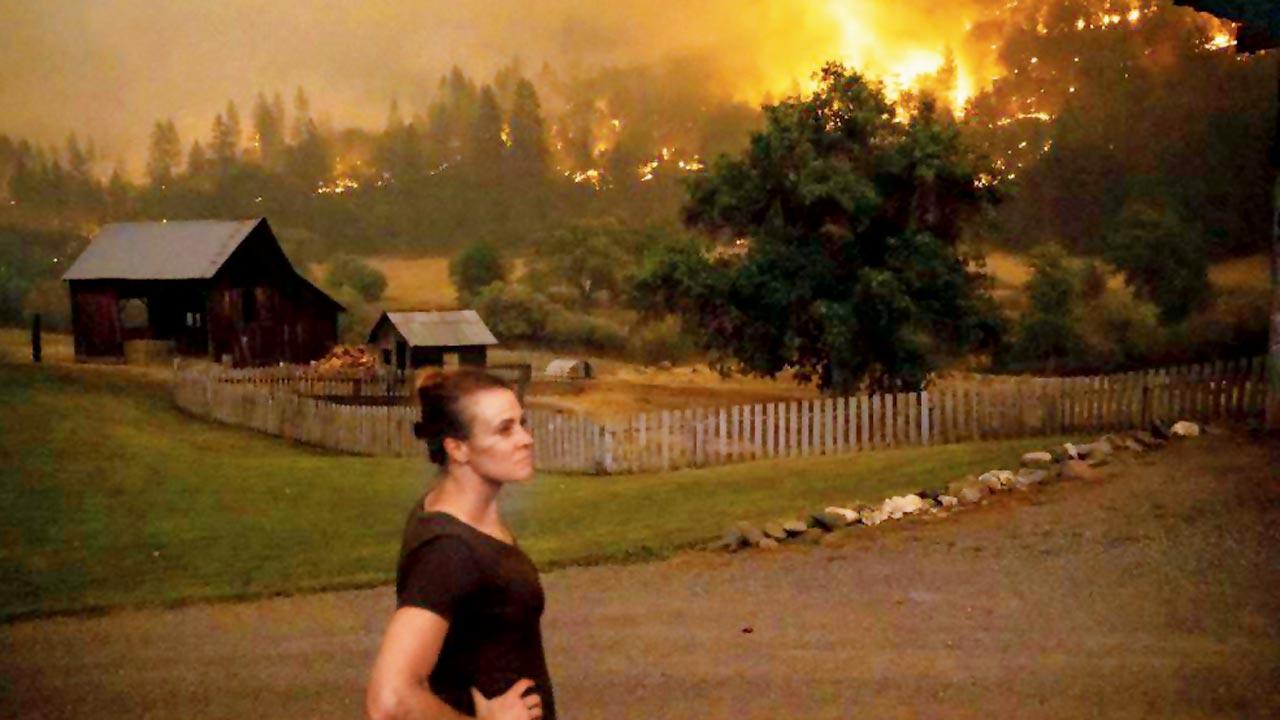 Angela Crawford watches the McKinney fire burn above her home in Klamath National Forest, California on Saturday. She and her husband stayed, as others evacuated, to protect their home from the fire. Pic/AP

Crews battling the largest wildfire so far this year in California braced for thunderstorms and hot, windy conditions that created the potential for additional fire growth Sunday as they sought to protect remote communities. Two bodies were found burned-out car in the path of the huge wildfire raging near California’s border with Oregon. The McKinney Fire was burning out of control in Northern California’s Klamath National Forest, with expected thunderstorms a big concern Sunday just south of the Oregon state line, said U.S. Forest Service spokesperson Adrienne Freeman.

“The fuel beds are so dry and they can just erupt from that lightning,” Freeman said. “These thunder cells come with gusty erratic winds that can blow fire in every direction.” The blaze exploded in size to more than 80 square miles (207 square km) just two days after erupting in a largely unpopulated area of Siskiyou County, according to a Sunday incident report. The cause was under investigation.

The blaze torched trees along California Highway 96, and the remains of a pickup truck sat in a lane of the highway. Thick smoke covered the area and flames burned through hillsides in sight of homes. A second, smaller fire to the west threatened the town of Seiad, Freeman said. About 400 structures were under threat from the two California fires. Scientists say climate change has made the West warmer and drier in the past 30 years and will make weather more extreme and wildfires more frequent and destructive.