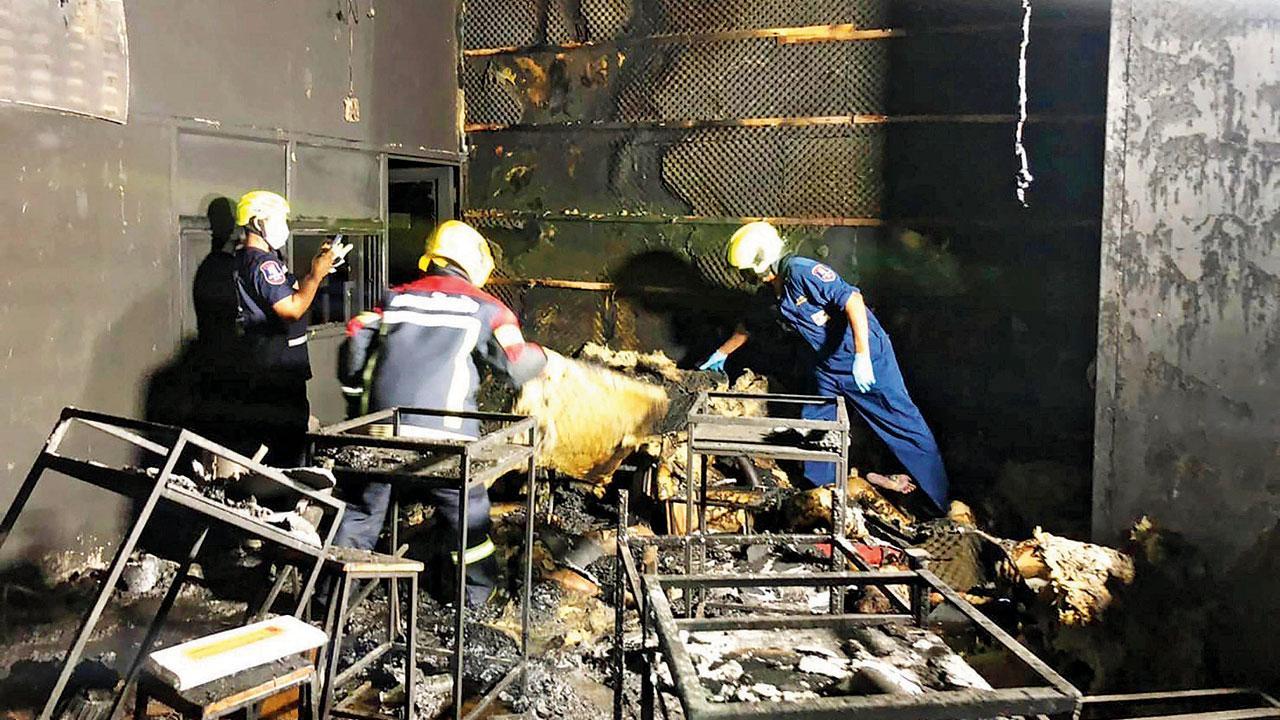 Rescuers inside the Mountain B nightclub in Thailand’s Chonburi province, on Friday. Pic/AFP

At least 13 people were killed and dozens injured when a fire broke out early Friday morning at a crowded music pub in eastern Thailand, police and rescue workers said.

Video circulating on social media showed people fleeing the pub while thick black smoke billowed from the door and then the entrance through which people were escaping was suddenly engulfed in flames. Several people’s clothing was on fire as they emerged from the pub. Rescue workers said more than three dozen people were injured.

The cause of the fire at the Mountain B pub in Sattahip district of Chonburi province, about 160 km (100 miles) southeast of Bangkok, is under investigation, provincial police chief Maj Gen Atthasit Kijjahan told PPTV television news. The police said the fire was reported around 12:45 am.

Witnesses described seeing smoke and fire on the ceiling near the venue’s stage followed by the sound of explosions. “The fire started at the top right corner of the stage,” said a witness. “The singer must have seen it too, so he shouted fire’ and threw away the microphone.”