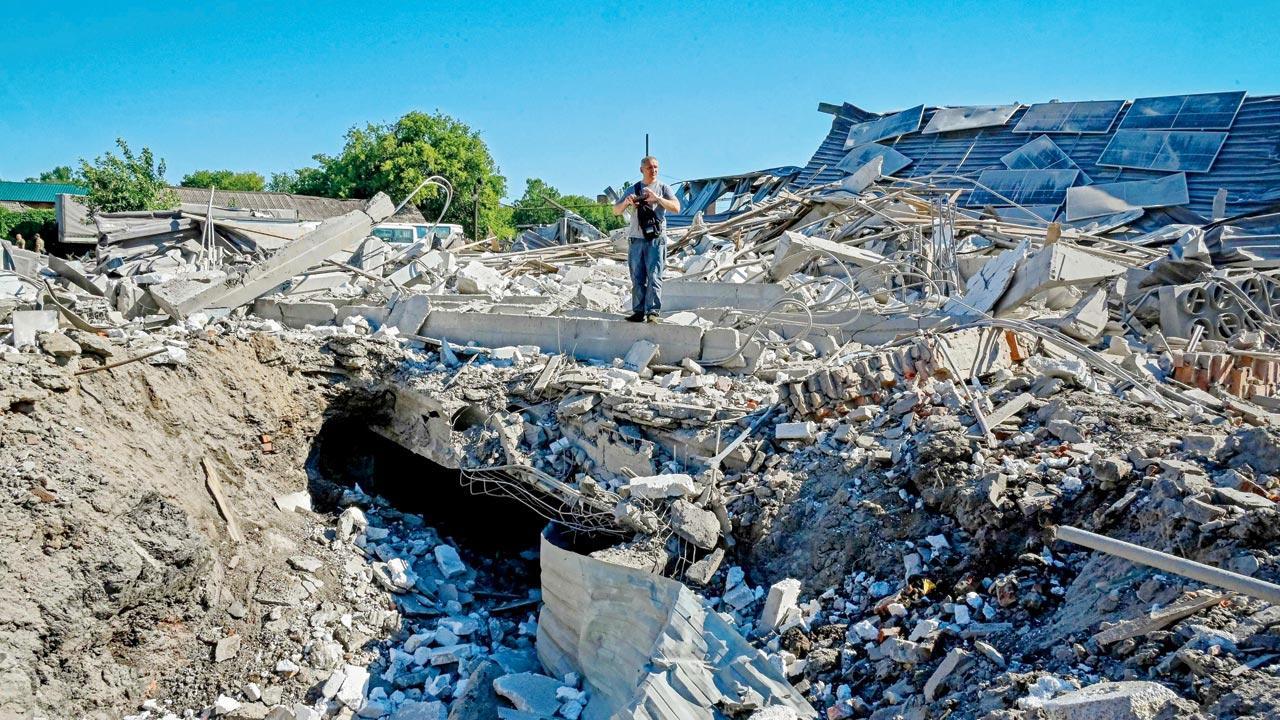 An official examines the ruins of a furniture factory following a missile strike on the second largest Ukrainian city of Kharkiv, Saturday. Pic/AFP

The head of the International Atomic Energy Agency raised grave concern about shelling at a nuclear power plant in Ukraine, as its military said Russian forces had attacked dozens of front-line towns. Since Russia invaded Ukraine on Feb. 24 in what President Vladimir Putin termed a “special military operation”, the conflict has settled into a war of attrition fought largely in Ukraine’s east and south. But the fighting over the Zaporizhzhia nuclear plant in the south, captured by Russian forces in the opening stage of the war but still run by Ukrainian technicians, has raised the prospect of a wider disaster.

“I’m extremely concerned by the shelling yesterday at Europe’s largest nuclear power plant, which underlines the very real risk of a nuclear disaster,” IAEA Director General Rafael Mariano Grossi said in a statement. Both sides have accused each other of engaging in “nuclear terrorism”. Energoatom blamed Russia for the damage while Russia’s defence ministry accused Ukrainian forces of shelling the plant.

The United States has accused Russia of using it as a “nuclear shield” while Russia’s defence ministry said damage to the plant had only been avoided thanks to the “skilful, competent and effective actions” of its units. Grossi urged all sides to exercise the “utmost restraint”.