Actress Priyanka Chopra Jonas spent a ‘perfect Sunday’ with her ‘babies’ at home.

Priyanka Chopra and Nick Jonas became proud parents to their first-born Malti Marie Chopra Jonas this year. The celebrity couple welcomed their daughter through surrogacy. Although they have refrained from revealing the face of their little one on social media, Nick and Priyanka often post glimpses of their daughter. Priyanka has shared new set of glimpses of her baby girl on Instagram Story.

The actress, who has been shooting for her upcoming international web series Citadel, took some time out from her busy schedule and decided to spend her weekend with her daughter Malti Marie and her dogs. Priyanka shared a series of photos of her “perfect Sunday” on her Instagram Story. Take a look: 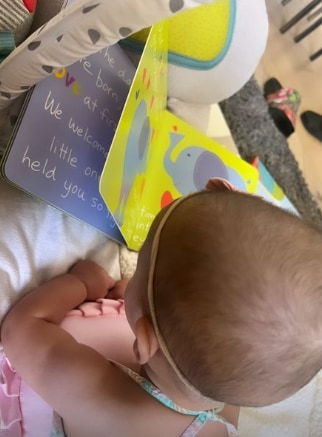 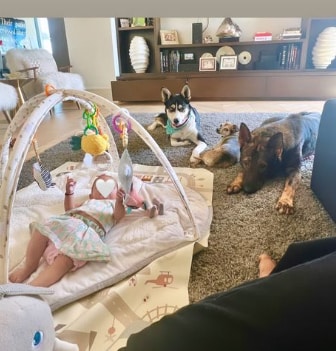 Priyanka Chopra and Nick Jonas welcomed their first daughter in January this year. Later in the month of May, Priyanka announced that her daughter Malti Marie Chopra Jonas was finally home after spending 100 days in NICU. “On this Mother’s Day we can’t help but reflect on these last few months and the rollercoaster we’ve been on, which we now know, so many people have also experienced. After 100 plus days in the NICU, our little girl is finally home,” she wrote. Nick Jonas recently performed at an event of the same Los Angeles hospital where his and Priyanka Chopra’s daughter stayed for 100 days in NICU.

Meanwhile, PeeCee’s mother Madhu Chopra recently hinted that the couple is likely to share a picture of their baby girl once she is one year old. She also talked about how Priyanka and Nick divide parenting duties equally and said, “Priyanka and Nick already discussed being equally involved as parents. I give a massage and Nick gives her a bath and changes her diapers.”

On the work front, Priyanka Chopra will be seen in the Hollywood film It’s All Coming Back to Me and Russo Brothers’ web series Citadel. The actress will also be making her Bollywood comeback with the film Jee Le Zaraa which also stars Alia Bhatt and Katrina Kaif.