Skip to content
Home » 4 reasons to upgrade to the iPhone 14, and 2 reasons not to

4 reasons to upgrade to the iPhone 14, and 2 reasons not to

The iPhone 14 has finally arrived. It may look evolutionary compared to the last year’s iPhone 13, but it is a good upgrade for most people. Those who own iPhone 8 or iPhone XR may want to consider the iPhone 14 because it will likely provide a better performance, improved cameras, longer battery, and 5G support. There are plenty of reasons to upgrade to the iPhone 14. And, as is often the case, there are also a few reasons not to buy the new iPhone 14.

If you are planning to buy the iPhone 14, here are four reasons to consider Apple’s newest entry-level iPhone and two reasons not to.

Certainly, the Pro models have a hardware advantage over the standard iPhone 14 models thanks to the extra telephoto lens. Still, the iPhone 14 with two rear cameras (a main wide angle and an ultrawide camera) produce perfectly fine photos. Compared to the iPhone 13, the 14’s main camera has a larger sensor and a new lens with a faster f1.5 aperture. And combine that with the new  Photonic Engine, the iPhone 14 is capable of taking improved pictures, especially in the pitch dark. In our tests, the iPhone 14 takes better shots in low light conditions. Video quality is excellent in bright light, but under dimmer conditions, the details look muddy. Cinematic mode got an upgrade and it can now record 4K video at 24 fps. Previously, you could only shoot in FHD at 30 fps. Then there is also a new mode for video image stability called “Action mode”. Essentially, it gives Gimbal-like stabilisation when you are recording a video. This was taken on my way to the park in the evening. (Image credit: Anuj Bhatia/Indian Express) I took this photo of the DTC bus in low light. (Image credit: Anuj Bhatia/Indian Express) 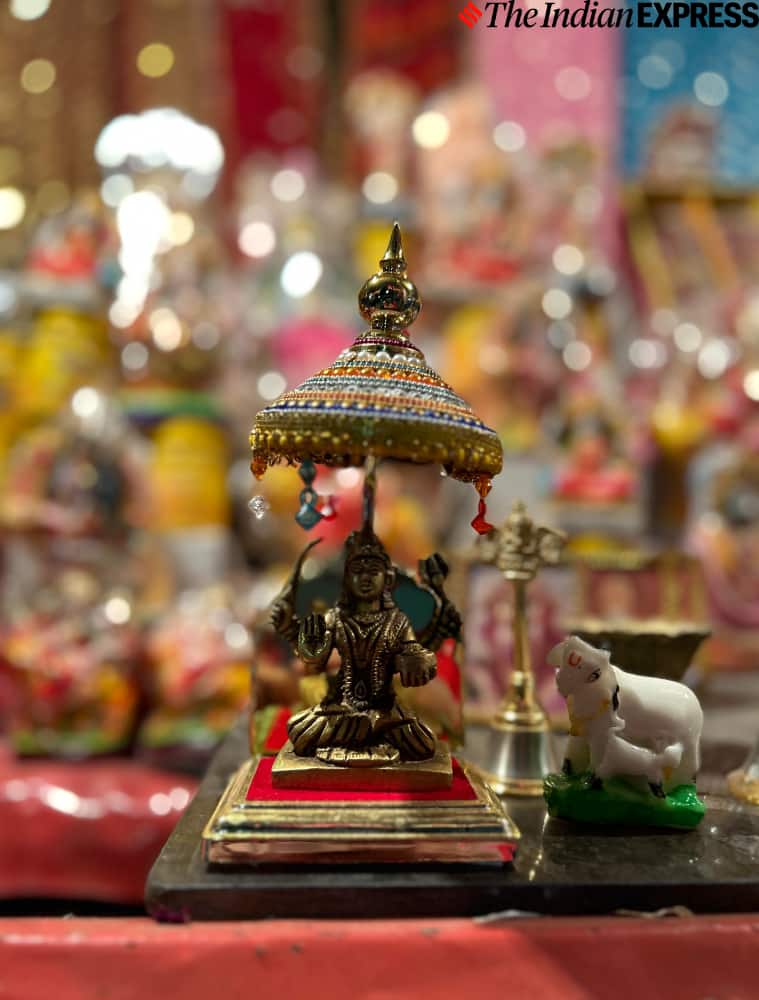 On the outside, the iPhone 14 may look like the iPhone 13 but there is one big difference between the two devices that nobody is talking about: easy repairability. Apple has redesigned the internal structure in the iPhone 14, allowing users to remove and replace the device’s glass back panel. This is not only a big win for the “right to repair” but it also shows that it is possible to make devices that have a more repairable design. The high-end iPhone 14 Pro and 14 Pro Max don’t use the more repairable design seen on the regular iPhone 14, according to repair advocate and tool vendor iFixit. Experts say the iPhone 14’s design, even though it looks the same as many iPhones in the past, is a step in the right direction and will make repairs easy and cheaper. 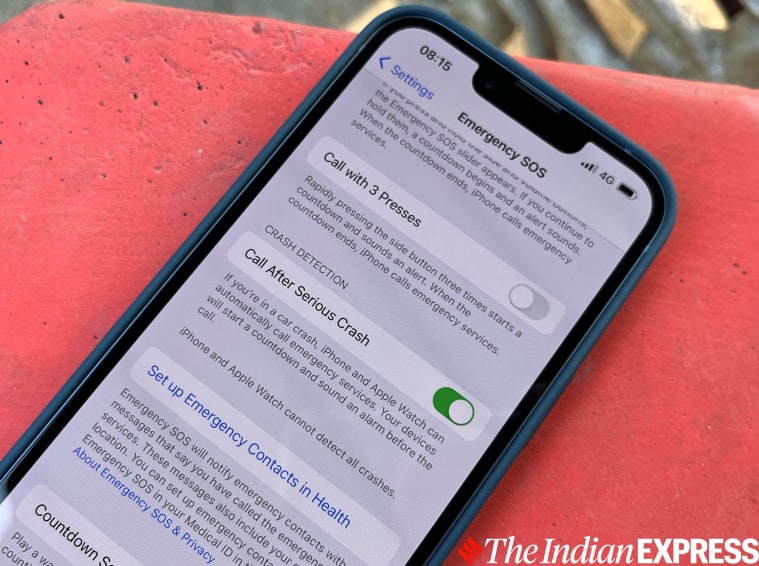 Another major upgrade for the iPhone 14 is a brand new feature called “Crash Detection” which won’t be available on the previous generation of iPhones. Car Crash Detection, which is also coming to the Apple Watch Series 8 and Apple Watch SE 2, uses sensors and algorithms running on the device to detect impacts and will automatically connect the person wearing it to emergency services if they don’t respond. Emergency responders and contacts will then receive the wearer’s location. 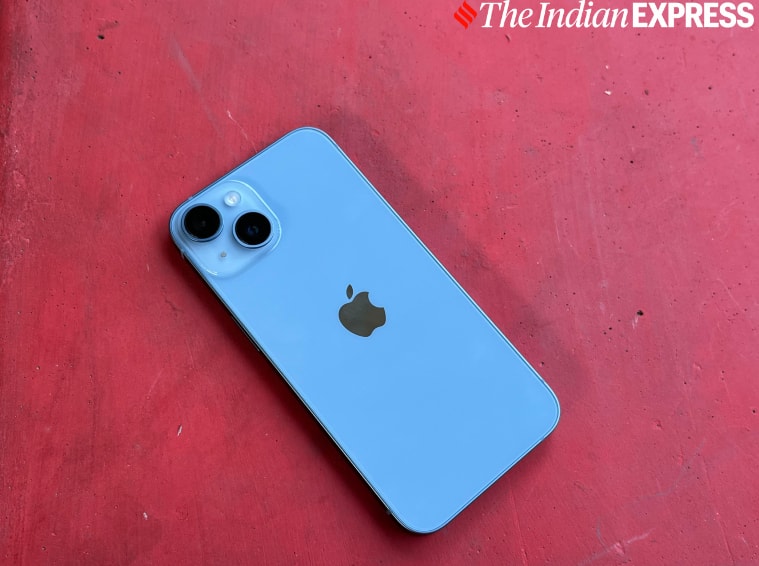 The new iPhone 14 has a removable back glass panel, which should drastically improve repairability. (Image credit: Anuj Bhatia/Indian Express)

This is super cool. The front-facing camera on the iPhone 14 is getting an upgrade, and this is a huge deal. The 12-megapixel TrueDepth camera got a new faster f1.9 lens and now has autofocus. So now, the front-facing camera focuses on the person in front of it, which should translate into better, sharper selfies. Selfie AF also comes in handy when you want to take group selfies. 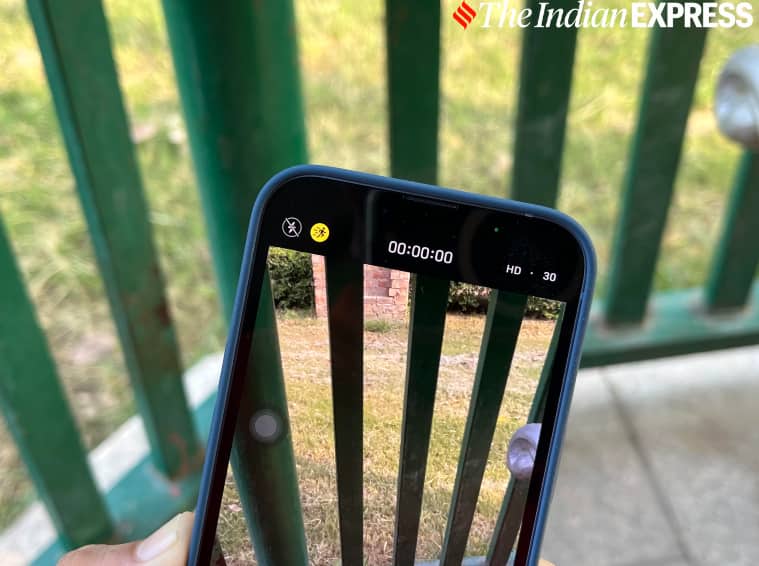 Two reasons not to upgrade to the iPhone 14

The experience remains the same 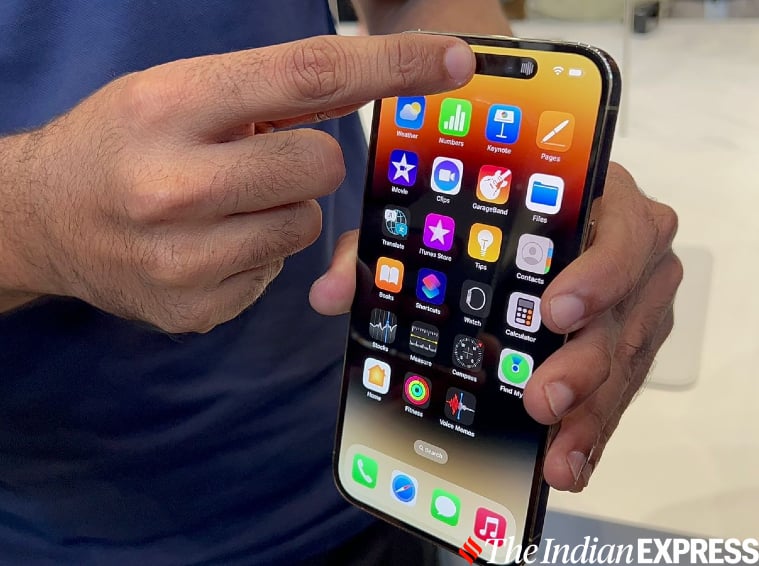 The iPhone 14 Pro outshines the regular iPhone 14 in terms of features and value for money. (Image credit: Nandagopal Rajan/Indian Express)

iPhone 14 Pro is getting big upgrades