Skip to content
Home » on | Kharge vs Tharoor: Anatomy of a farcical election for Congress president

on | Kharge vs Tharoor: Anatomy of a farcical election for Congress president

On the face of it, an election for the next Congress president is a welcome departure from the way political party leaders are picked for the top spot.

Inner-party elections are opaque. The high command of a party has the last word. The BJP is no exception. All its past presidents were hand-picked by the BJP high command in concurrence with the top leaders of the RSS. Most recently these included Nitin Gadkari, Rajnath Singh, Amit Shah and JP Nadda.

Other parties don’t even go through the pretence of sifting through candidates before choosing one, ostensibly on merit.

The top dynastic leadership of Tejashwi Yadav’s RJD, Akhilesh Yadav’s SP, Jaganmohan Reddy’s YSR Congress, Mamata Banerjee’s TMC, MK Stalin’s DMK, Naveen Patnaik’s BJD, Sharad Pawar’s NCP and others would be bemused by the suggestion that anyone outside the family could head their party.

The BJP and the Left make an attempt to arrive at a party leader by consensus. But everyone knows that consensus means the word of the eminence grise.

For several years after Independence, the Congress, as the only major party, tried to set a good example. Jawaharlal Nehru was happy to let other leaders take the party’s presidency while he headed the government as prime minister. The separation of power and duties often blurred in the Nehruvian Congress, but the intent was honourable.

Even under the authoritarian Indira Gandhi, the Congress tradition of separating the post of party leader from prime minister continued. During her 16 years in power, she held the party presidency for only six years.

But there was a reversal of tactics. While Nehru and Indira ran the government and allowed other Congress leaders to run the party, Sonia Gandhi kept an iron grip on the party for 21 consecutive years as president. Meanwhile, during UPA rule, she picked the malleable Manmohan Singh as prime minister.

How is the forthcoming contest for Congress president between Mallikarjun Kharge and Shashi Tharoor different? First, it is at best a farcical exercise. The electoral college of around 9,000 Congress pan-India leaders who will vote on 17 October are Gandhi loyalists. They will vote for Kharge, the official Congress candidate and the Gandhis’ choice. Virtually every Congress leader has backed Kharge. Even a dissident like Manish Tewari, with a reformist agenda akin to Tharoor’s, has put his weight behind Kharge.

So why is Tharoor contesting an election he is preordained to lose? There are several reasons. First, the Congress high command needed a credible non-official candidate to give the contest a patina of legitimacy. Tharoor fits the bill. He has a relatively independent mind. But his mind is not so independent that it will go against the wishes of the Gandhi high command.

Tharoor was careful to meet Sonia Gandhi before deciding to contest. Was he seeking her permission? Not exactly. It was just to make sure the Gandhis had no objection to him contesting. Of course, they didn’t. He was the ideal strawman. Tharoor is fully aware of that but is willingly playing along in the wider interests of the party and his own political future. He will be adequately rewarded by the Gandhis for being a sporting loser.

In the 13 years Tharoor has been with the Congress, he has not once criticised — even mildly — any of the Gandhis. In an email exchange some years ago — initiated by Tharoor — I asked him whether he could ever get away criticising Sonia, Rahul or Priyanka Gandhi.

Since the email exchange was private, I will not disclose his reply.

Despite the farcical nature of the Congress presidential election, it has done some good. Both candidates, Kharge and Tharoor, will articulate their vision for the Congress ahead of a slew of Assembly elections in Gujarat and Himachal Pradesh later this year and key contests in Karnataka, Telangana, Rajasthan, Madhya Pradesh and Chhattisgarh in 2023 before the Lok Sabha poll in 2024.

We will hear an old-school loyalist voice (Kharge) and a cosmopolitan loyalist voice (Tharoor) saying basically the same thing: secularism is good, majoritarianism is bad. Neither candidate will define secularism since its practice by Congress leaders is elastic. It varies between soft Hindutva (temple-hopping) and hard minority appeasement (hijabs).

Neither candidate will deal with the real issue: Why has the Congress disintegrated organisationally? A Rajasthan MLA rebellion of the kind witnessed last week would have been unthinkable a decade ago.

The answer lies in allowing the Congress to evolve from a family proprietorship into a modern political party. But that, as Tharoor knows, is a Utopian concept. 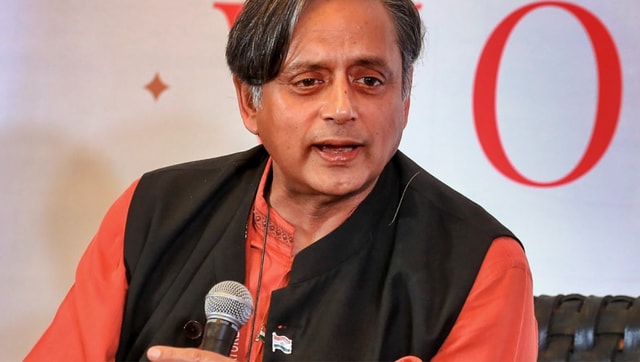 Tharoor is good at fighting battles he knows he has no realistic chance of winning. In 2006, he contested for the post of United Nations Secretary-General against Ban Ki-moon, South Korea’s former foreign minister, knowing fully well that, despite Prime Minister Manmohan Singh’s backing, the United States would veto his candidature. It did and Tharoor duly lost.

But even in defeat, Tharoor knows there are rich pickings. Within three years he joined the Congress, won the Thiruvananthapuram Lok Sabha seat in 2009 and was appointed minister of state for external affairs in the UPA-I government.

The Gandhis are pleased that the first contest for Congress president in decades has acquired quasi-legitimacy by Tharoor’s presence.

But why rock the boat? The Kharges and Manmohan Singhs know their place in the party and act accordingly. Tharoor is cut from different cloth. His 29 years as a UN diplomat have taught him to say the right thing to the right people at the right time.

For the Gandhis that is not a firm guarantee of good behaviour in the future. In contrast, Kharge, at 80, is a safe pair of hands.

The writer is editor, author and publisher. Views expressed here are personal.

Instead of Cursing Cong, PM Should Speak About BJP’s ‘misrule’ in Gujarat: Kharge