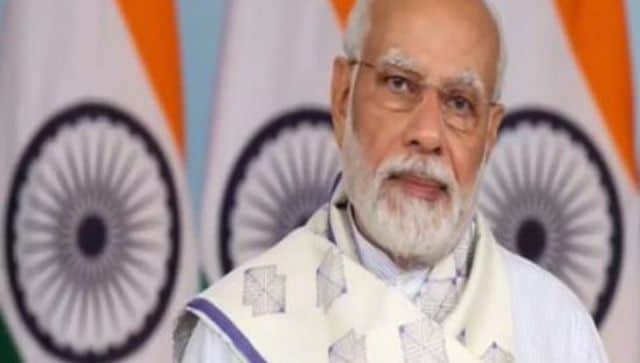 New Delhi: The leaders of Gujarat Congress have deliberately desisted from any direct attacks on Prime Minister Narendra Modi during their campaign in the run-up to assembly polls next month.

Terming the prime minister ‘Ghar ka Ladka’, Congress’ Nadiad candidate Dhruval Patel said: “Even though our ‘Ghar ka Ladka’ may be ‘badmaash’, we do not go outside our house and badmouth him. We defend our family’s boy. PM Modi is Gujarat’s son as well.”

Another leader pointed out that a wider reason for no targeted attacks on PM Modi was that his success was linked to Gujarat’s ‘Asmita’ (pride). “The victory and success of Modi is seen as victory of Gujarat. The BJP has been successful in creating the perception that Modi is representing Gujarat at the Centre,” he said.

Geniben Thakor, Congress candidate from Vav constituency, added: “Assembly and national election issues are different. ‘Gujarat ka PM hai to sabhi logo ka gaurav hona chahiye. Mein bhi Gujarati hoon’. (PM is from Gujarat and everyone should be proud of this fact. I too am a Gujarati). But even during Dr Manmohan’s time, our economy was doing well when other countries were not.”

With Modi’s irrefutable Gujarat connection, the opposition leaders are also apprehensive that the voters may not take it too kindly if they target the former Gujarat chief minister who now adorns one of the top-most posts in the country.

“The BJP has sent a message that Gujarat needs to make Modi stronger for his continued tenure at the Centre,” another leader said.

The issue has also led to some fissures in the Congress. Like when Imran Khedawala, party candidate from Jamalpur seat, praised PM Modi and said he would not speak against him even as senior Congress leader Madhusudan Mistry took on the prime minister.

Despite Modi being away from the state, his tenure is still hailed as the golden period in Gujarat, with all his successors expected to perform. People in the state feel there was an unprecedented infra growth and better law and order during Modi’s three terms in the state.

“This is the reason that the party had to repeatedly change chief ministers as each of them has been compared to Modi and if they did not perform, they were removed to do away with anti-incumbency. The strategy seems to be working well for the BJP,” a senior leader pointed out.

Due to these reasons, the saffron front is also content with seeking votes in the name of PM Modi during each assembly poll in the state. The party is seeking an unprecedented consecutive seventh term in Gujarat and the local state unit is aiming for its best-ever performance. On majority of the seats, the electorate said they may not be aware of the name of the candidate but know Modi and BJP.

Of the 182 assembly seats in Gujarat, 89 constituencies will vote in the first phase, and the rest 93 in the second phase. Votes will be counted on 8 December along with Himachal Pradesh that voted on 12 November.